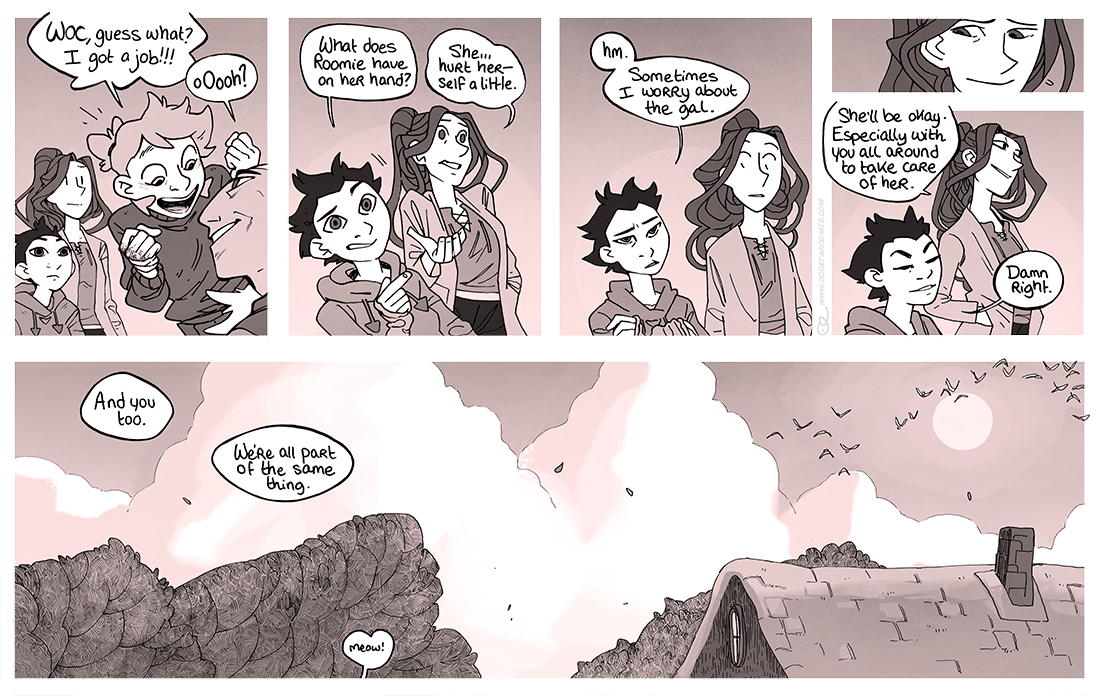 And that's exactly when I wanted to let you know about what I've been pondering about for the last two or three months: an ending to this webcomic series.

HOLD YER BUTTS before you panic! First of all, while knowing this webcomic will end someday definitely leaves a little hole inside of me, it won't be for another whole year (at least). No specific dates, but Go Get a Roomie will end in 2020, around May, after reaching its tenth anniversary.

But even then, imagining myself without Roomie and the gang leaves a bitter taste in my mouth. I legit got a heart pang when thinking about it. And I think there are still so many things to tell with them! It's not over, is it?

Well, I decided it wasn't. While I do want to give GGaR its proper ending, at its proper time, I also am selfishly taking the decision to create a new webcomic after it: one with a new title, a new format and style, with new characters and stories... but with Roomie, Lillian, Richard, Ramona (and more) part of it all.

I won't go into all the details yet, and a lot is still very vague at this early stage of the project, but this is something I'm 100% set on doing (and Hiveworks is already on board with the idea)!

It won't be too different from GGaR, but different enough that it can stand by itself, in its own story and style. I'm thinking something more narrative (less jokes and punchline). Go Get a Roomie already does this a little more often than early on, so it goes with its natural growth as well!

Again, this is a very early stage in something that won't exist until maybe two years from now (will take a break inbetween webcomics!), so while I'm VERY excited with this new prospect, my priorities remain writing and drawing Go Get a Roomie! (and Headless Bliss) and giving it all the love and attention it deserves until the end.