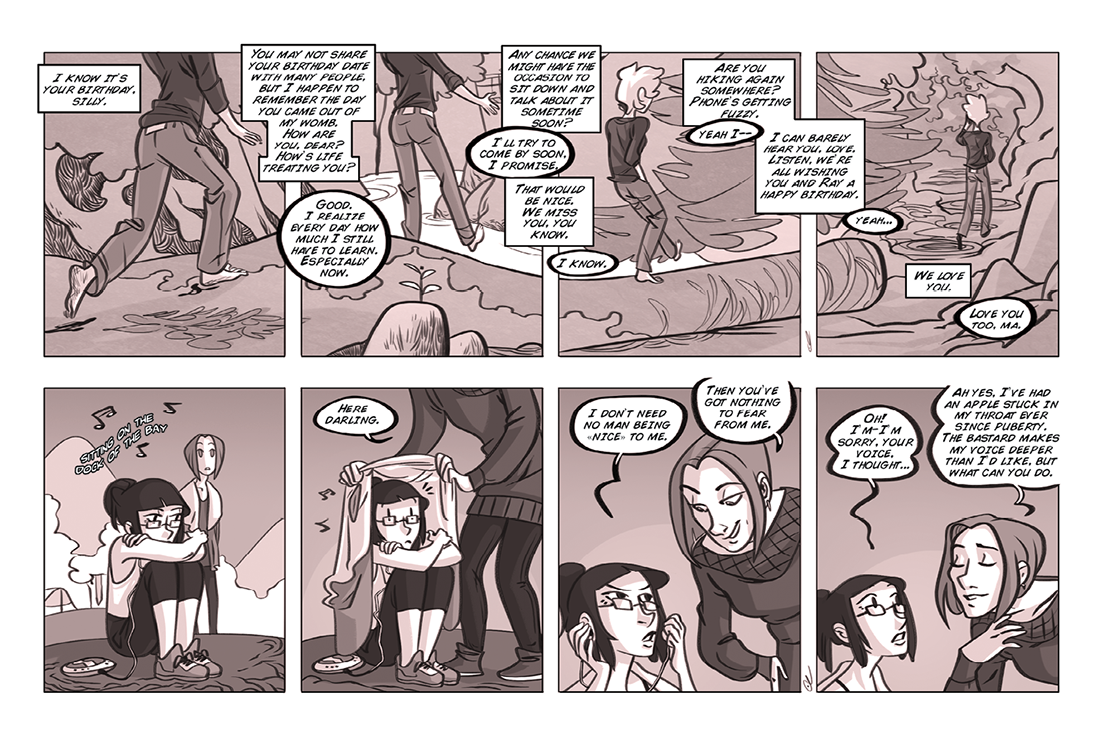 I remember being quite happy with that first strip!

Roomie's parents were always, in my mind, very open and compassionate parents. That's why they were okay with Roomie's lifestyle, though they probably didn't know the extent of it, and can worry for their daughter at times.

It was always question for me of whether to show them in the comic or not. (though technically, they were shown a little in the comic, though not explicitly!) But I chose to make their "appearance" more subtle (via phone for example), to tell readers that they were there, that Roomie wasn't an orphan or wasn't forced out of her family home or anything, that she could find support there but chose not to (for her own reasons, unconscious guilt being one of them).

And then we have Susan's arrival in that second strip, a character I grew fond of the more she popped out, but was admittedly a bit of a forced arrival at first, I find. As if I needed to check off a list of LGBTQA+ characters I wanted to add in the GGaR roster. I don't mind it too much though, however awkward the first few strips may be with Susan, I really liked the friendship that grew between her and Eve. Plus, I found a way to justify Susan's presence there later on in the comic (though it was a bit of an overstretch for some maybe, didn't say it was a perfect justification ;))