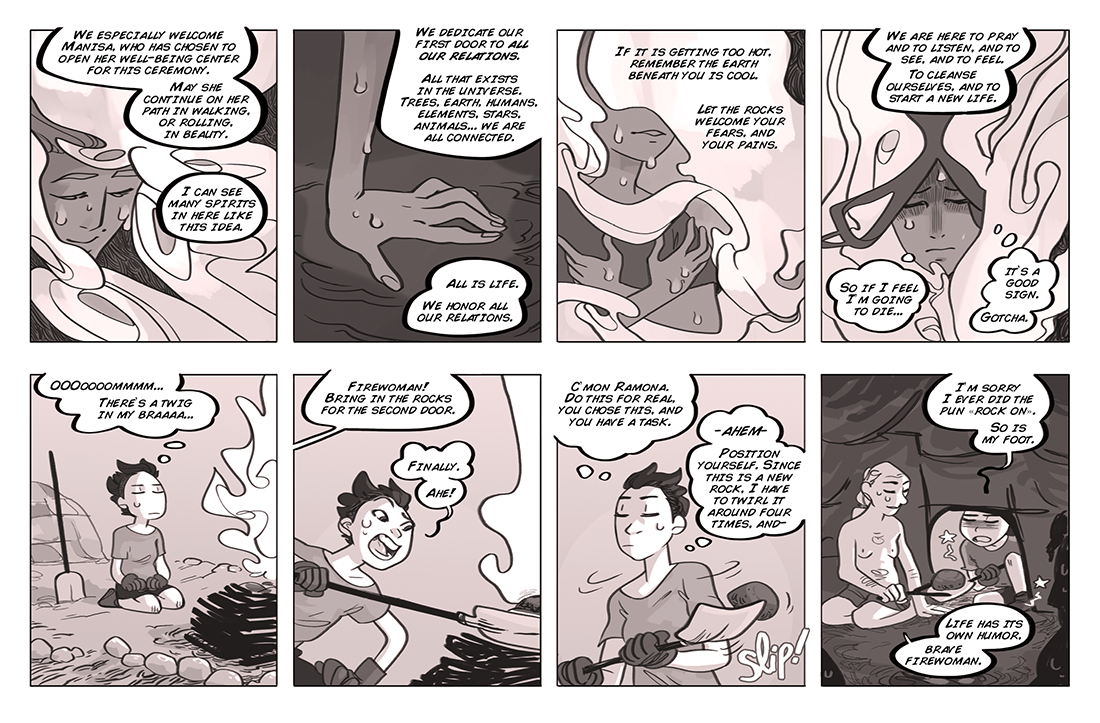 It's been a really long since since my last sweat hut and this is making me want to do one again.

I received feedback from about eight of them, and one did politely let me know they would prefer if I held back on the idea, another was neutral/hesitated but was trusting, and the others were actually positive/excited to see part of their traditions depicted in GGaR!

I hope I didn't let them down! I remember doing my very best, so I don't have any regrets, but I still hope it was enough!