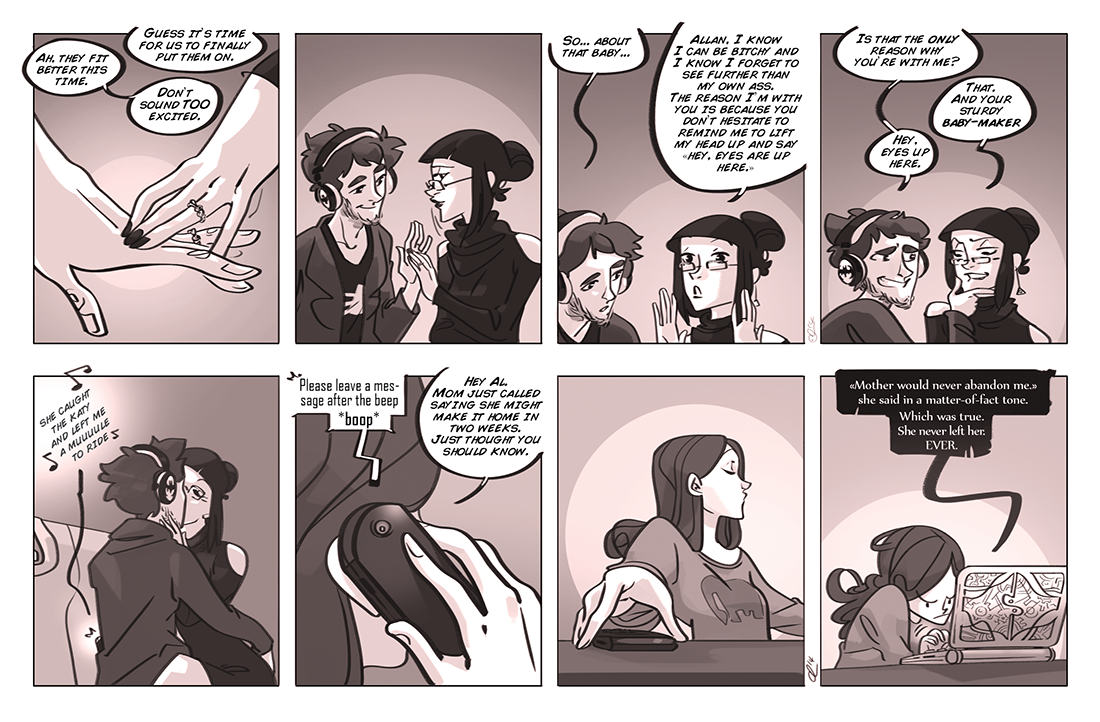 The rings were brought up because I had *completely* forgotten about how they were supposed to have those rings on from the very start since they were fiancés (I'm not a wedding person, can you tell?) so that scene was basically saying "SEE? there's a very logical reason as to why they didn't have their rings on!"

I had to research what fingers on what hands they were supposed to be put on too. Probably forgot to draw them many times later on in the comic :D

And yes, Lillian is still writing Headless Bliss over there.