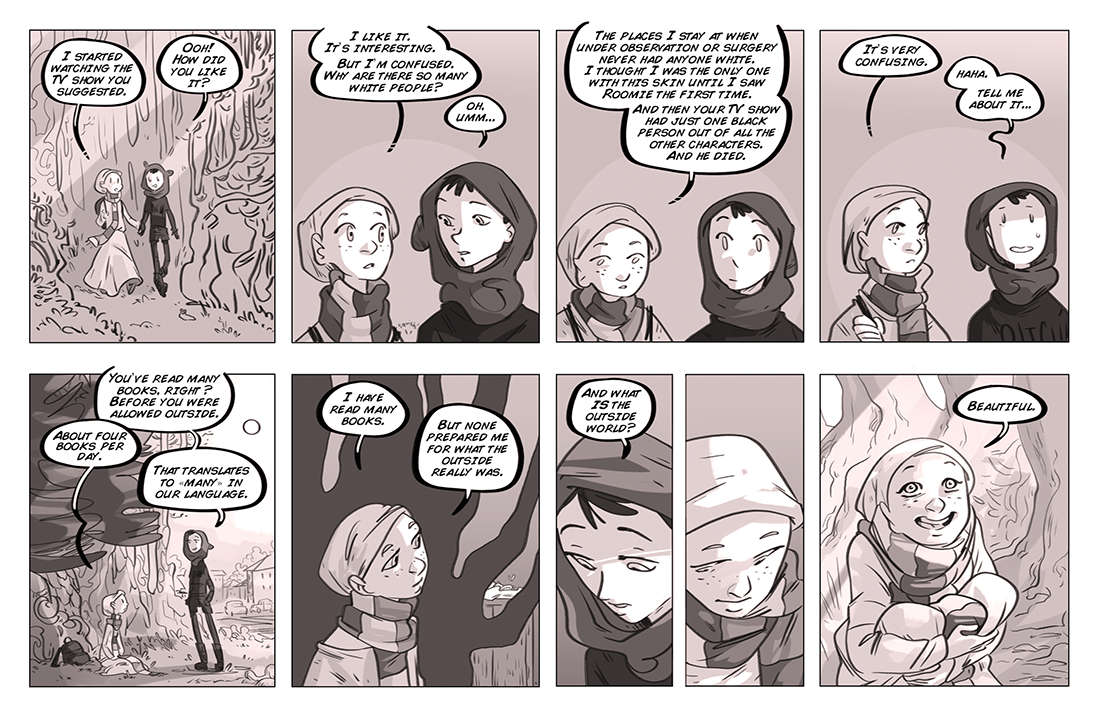 The first strip was a vague reference to Xena, which was indeed filled with white characters, like most tv shows back then (and still nowadays, though there have been progress since then) and I did want to make a little political statement with that first strip, but then, what with the mixed comment section it garnered, I regretted trying for that jab (against media/society). I told myself that Go Get a Roomie wasn't the ideal comic for these (and perhaps I wasn't the ideal artist to do it either!)

A specification or two about that strip: Richard looking at the camera in the last panel, saying "tell me about it" was me calling my own comic out for having mostly white characters, and the original reply from Richard explicitly said so (but I changed it to a more subtle reply). Doesn't mean it was the right call, or clever or anything :)

And what I hadn't mentioned when that strip came out originally was that, well, that's what my "bubble" friend told me about Xena: the Warrior Princess, after I had recommended it to them! From what they told me way back then; they had never watched a TV show (or movie?? who knows, anything could be possible with them) and had only ever really interacted with folks of darker skin and it had felt very weird for them to see a tv show with the cast being 99% white.

I always thought their experience fascinating (who wouldn't?), and tried putting some of them in GGaR but that doesn't mean they were always conveyed perfectly, or that it was a good idea to share some of those moments through a comic... but it was important for me to get a part of them in there, even if imperfectly. They were, after all, someone I loved very much.

And they did find the world very, very beautiful.