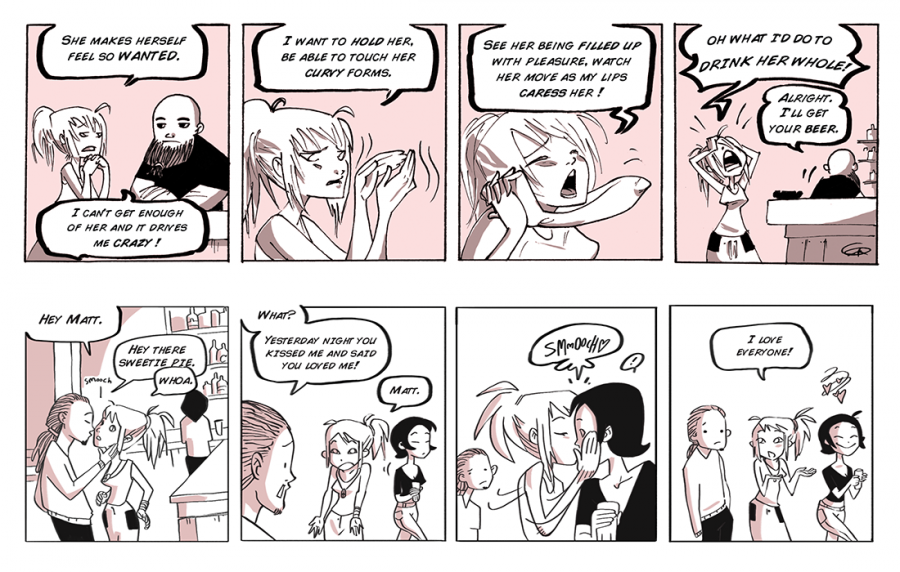 Interesting how the two very first secondary characters introduced were Steve and Matt!

When first drawing them into the comic I had ZERO intention of making them become more than passersby. (oh wow, is THAT the plural word for "passerby", really??)
They were just dudes at Jo's bar, and a way to introduce the character that is Roomie and her personality and traits. It's only after a chapter or two (or three) that I thought I could use them for more story bits, that way there weren't too many new characters introduced and all over the place.

And no, I had no idea I'd connect either Steve or Matt to certain other characters that will be featured later on..!

News: Reminder that the Kickstarter for Book 3 will launch tomorrow, on the 23rd of January!
I'll be sure to post the link to it as soon as it's up :D (and repeat it again and again in the next updates! fun!)