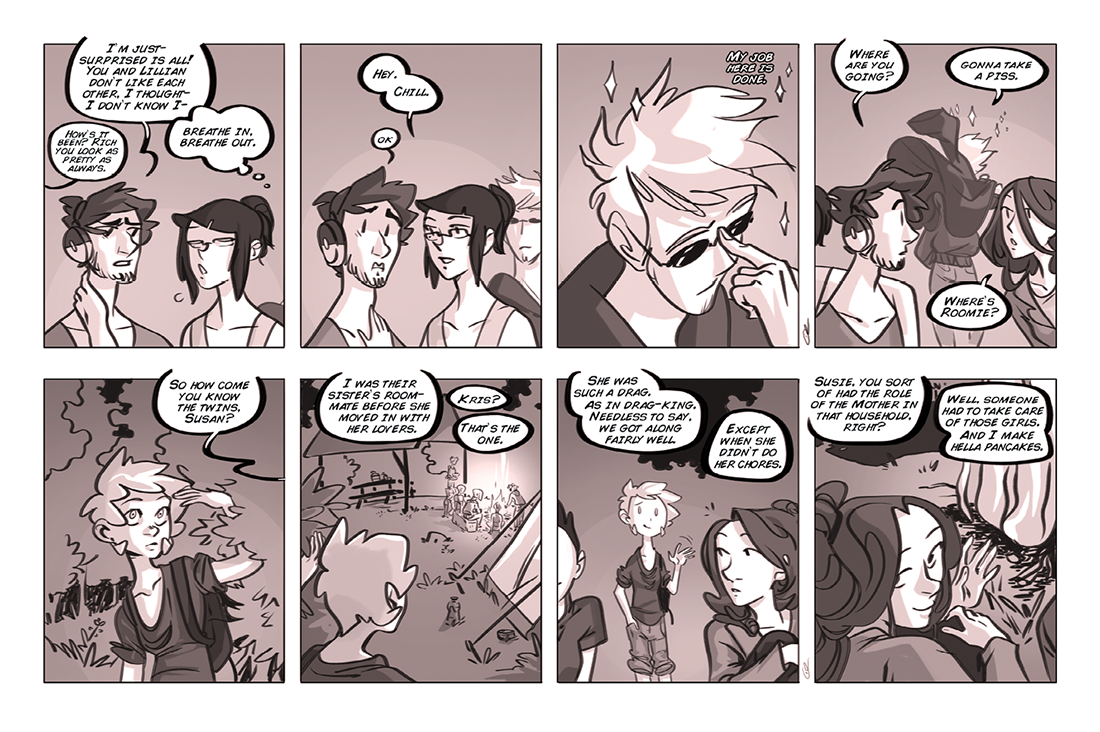 gaaah, I wish I had redrawn Roomie's face in that first panel as well :D :D :D

This is what happens when you want to make a face too... pretty? unique? detailed?

I don't know, but I'd have preferred a more simple drawing with more personality to it, you know? Also her pose is awkward and stiff.. she's supposed to push back some branches, while spotting the others at the camp, and it's just... not great :D

And oh, Susan saying "Kris was a drag king so of course we got along well", I mean, why not, but also I now would think that's a bit of a stereotype? You're trans so of course you get along well with people who cross dress? Could do better there!

Same with the sentence "Susan, you had the role of the Mother of the household" whyyyy did I have to capitalize "mother" there?

To me, now, I feel like I forced the "Susan's a woman" bit too much. She didn't need that. She can hold on her own. And that's something I think a lot of writers do, to reinforce stereotypes because you think that's how you write a good trans character, or a good lesbian character, or black character, etc etc...

I think I've grown since then, and learned from these sorts of mistakes. And learned from my own experience, as someone who hasn't felt very cis for a long while now.