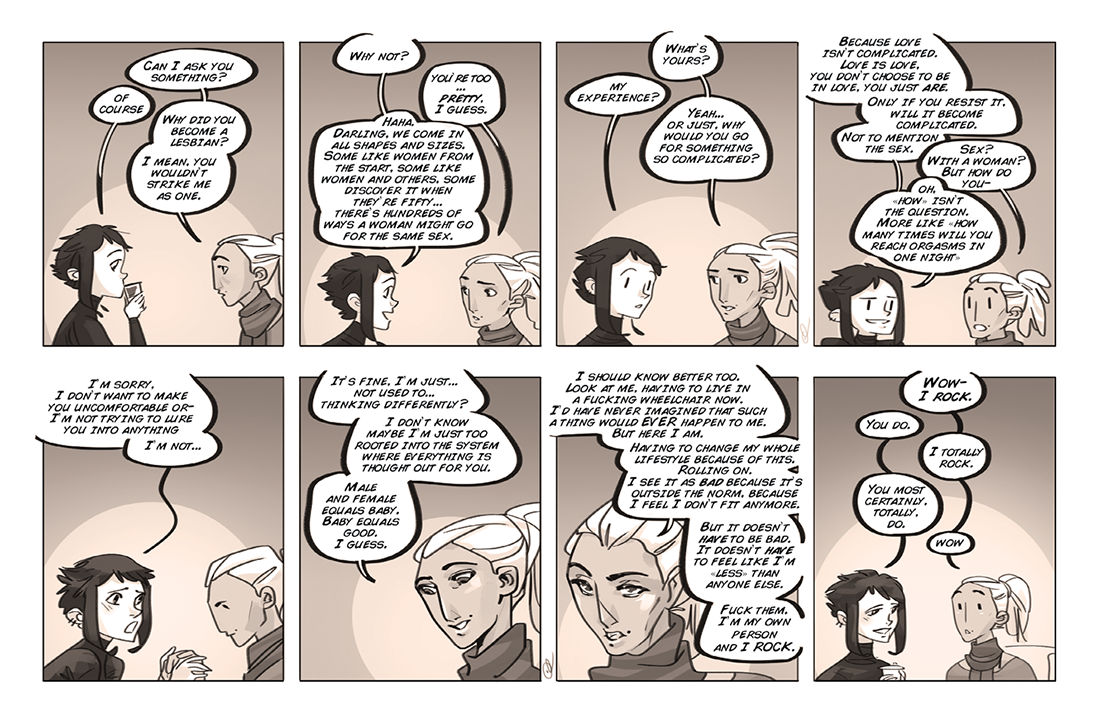 And here we bring out the lovely clichés someone completely unfamiliar with lesbians might express! Though I feel like since I've written that strip, there's been plenty of progress since then, and I think way less people would ask stuff like "but you're too pretty to be lesbian!" though progress here in europe doesn't mean such progress is universal, sadly enough.

I remember chatting with a guy from India in a bar and his view on homosexuality was... well, it needed a bit of a refreshment, let's just say. One of his questions was "but why would you go out with a woman if you need to buy toys for sex, instead of just going out with a guy?"

I laughed and did my best to explain things as best as I could.

So yes, Manisa in this strip is expressing certain prejudices that I'm glad we get to talk about in this comic, if only just for a little bit. And to also show that not everyone who is ignorant is willfully offensive, and that sometimes it's okay to ask the "stupid questions".