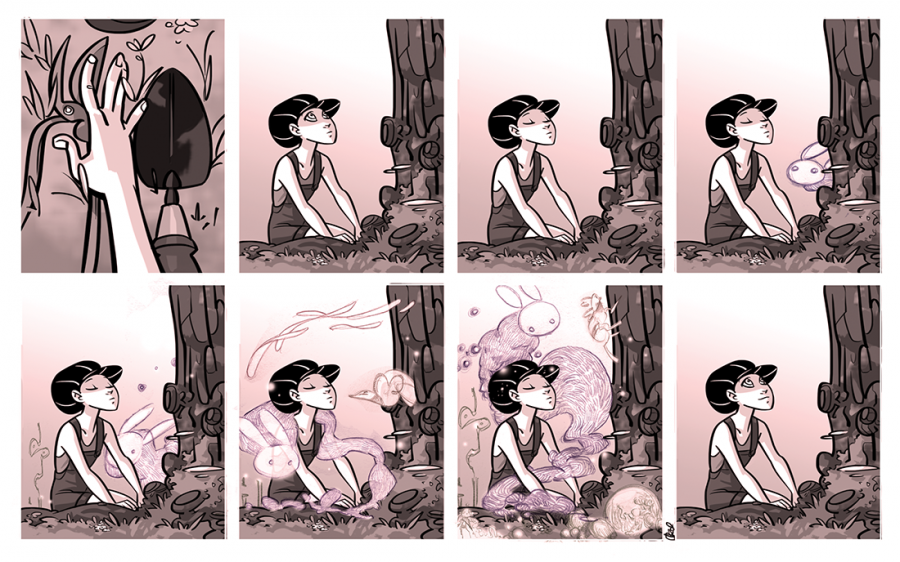 Watch was inspired by a friend of mine. A friend who had a similar background as him. I won't get too much into it, for several reasons, but this beloved friend once told me that there were entities/spirits that they thought they could see that looked like those above. I asked them about it so they drew me pictures, and I took liberties in modifying/creating other 'spirits' from my own imagination to complete the picture above (with my friend's permission of course).

These spirits could be from their own imagination, that came from living a solitary and secluded life, or something else, who knows? Whatever it was, it gave me a chance to apply it to my own world, my own comic.

And I always like a bit of mystery, a bit of spiritual, or magic, in my world :)