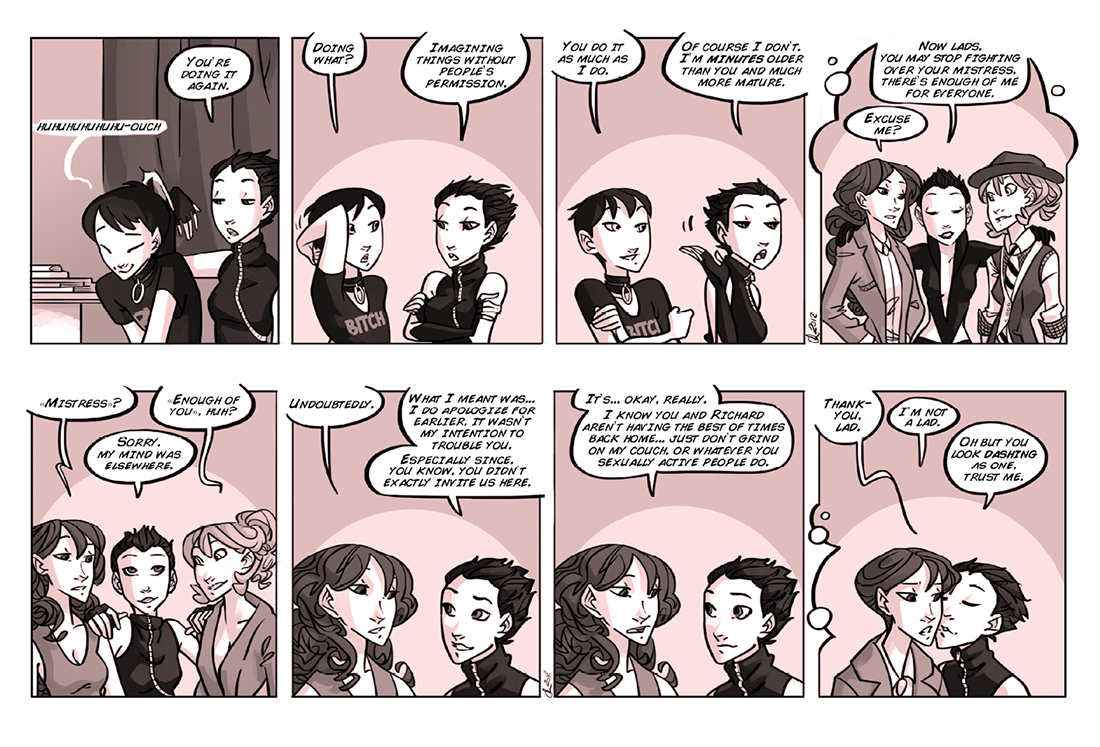 **comic strips back to a comfortable size for you all to read!**

Lillian's taller than all of them, too bad it doesn't show in these strips. Roomie's a bit shorter than LT and the twins are shorter than average folks but often put thick ass goth boots to raise them up a bit.

I don't know if I already had confirmed all of this in my head back then, but it's what made the most sense to me later on!

It's interesting seeing Ramona from this time period, where she was very much into (one sort of) femininity for herself and far from any questions about gender. To me, it simply tells how unexpected life can be, and how many potential new paths one can take at any time.

Perhaps for some it may appear 'unrealistic', especially if the only example you know of trans people is someone who knows immediately they were born in the wrong body from early on in their childhood. But there are many different types of experiences and I don't see it as impossible as that, to live one gender fully without asking questions, for example, and then to find another gender might suit you better, when you realize it's possible to live differently. To "choose".