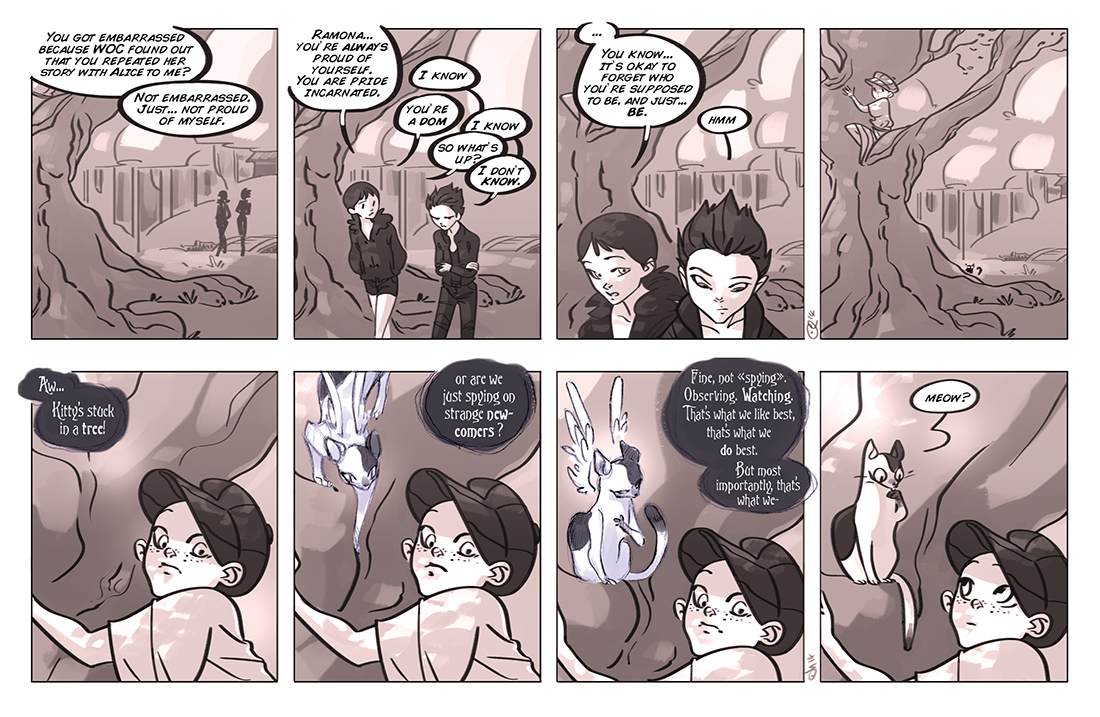 The part where readers didn't know whether GGaR was now branching into a fantasy universe or what. Even though it always was connected to psychedelic dreams and magical stories, it was always clear, up to this point, that GGaR was set in "real life" (to a certain extent).

And it was, but Garden Boy added another bit of surrealism that I wish I had explained a bit better later on in the story. Since this is the rerun, I'll give myself the room to explain here:

Watch could be so alone in their daily life (before meeting WOC and being able to go outside) that they could "see things", or rather "hear things".

This strip shows a cat that Watch transforms into a fey talking cat when not looking at it directly. Is it part of their vivid imagination, or can they communicate with animals in ways we don't usually see?

Whichever it is, I just wanted an excuse to draw winged cats in trees.