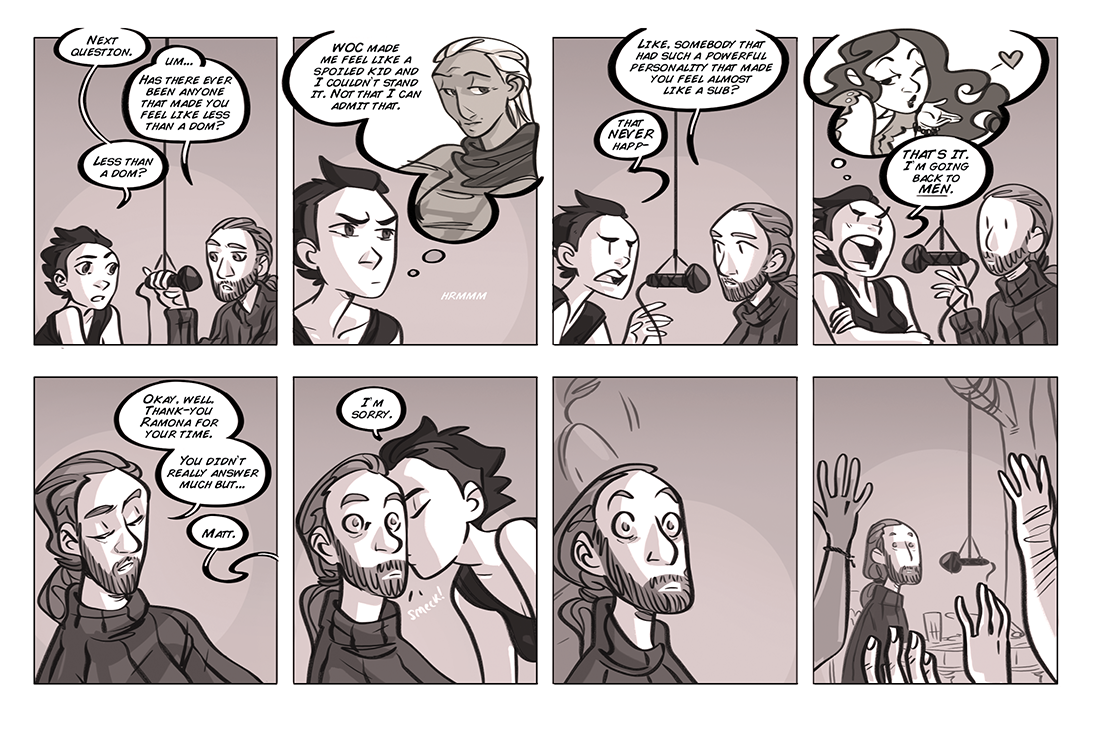 Let's talk about Matt's design and how much it changed throughout the comic :D

That's one thing I know I can improve on (have improved on) and don't want to repeat the same mistake in future comics: the inconsistence of characters' body and facial traits.

It was fine in GGaR because of its experimental aspect, and I didn't hear too much complaints from readers, but yeah, this chapter features a Matt with a rounder nose (because I thought most of my male characters had the same facial characteristics so I wanted to change them up a little) and chin and bone cheeks can be a little all over the place but at least we know it's Matt!

.. because the comic says so hahaha