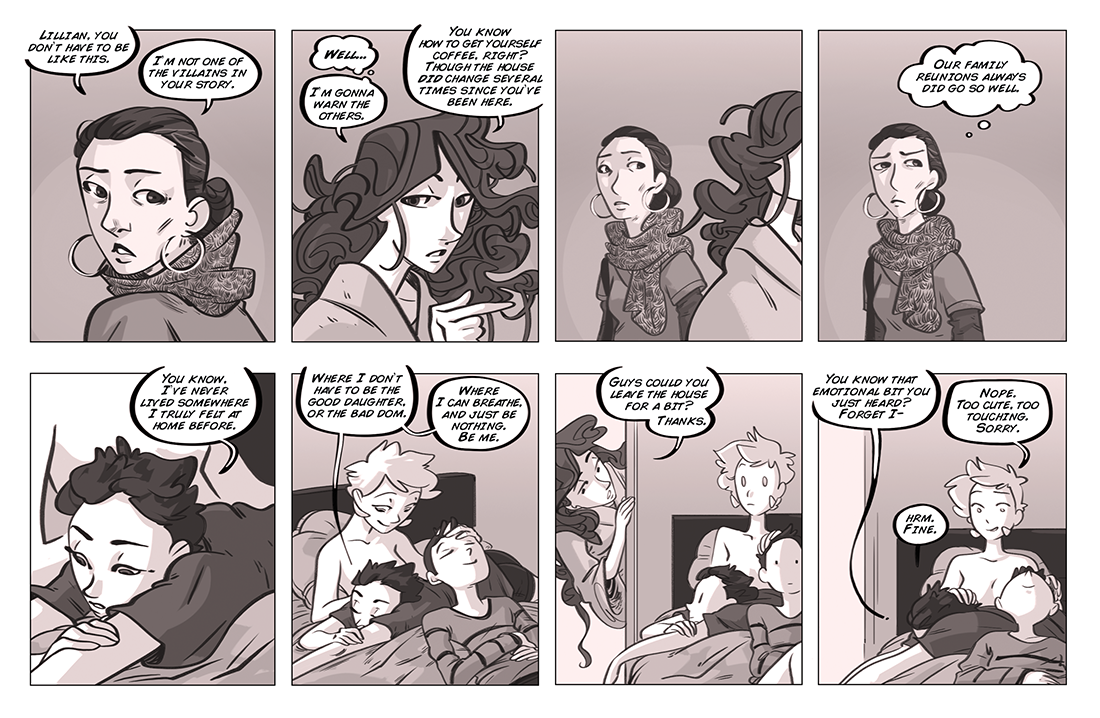 aHA! The first panels, with the mom going like "I'm not a villain in one of your stories" and Lillian answering "well...", that's a subtle reference to one of her stories called "Headless Bliss" ;) (yeah the webcomic!) in which there's an evil mother who has had tendencies to cast her daughter away... and they are all demons but that's just a minor detail :D

Speaking of which, that webcomic of mine, that I've been doing for over seven or eight years, Headless Bliss... it'll soon be on hiatus :U as I've explained in this last post, it's been some time coming but I've always managed to push it back, the hiatus I mean. Really hope that I'll get to finish the comic some time... AND that I'll be able to rewrite it and print it with a publishing house, as mentioned in the post :)