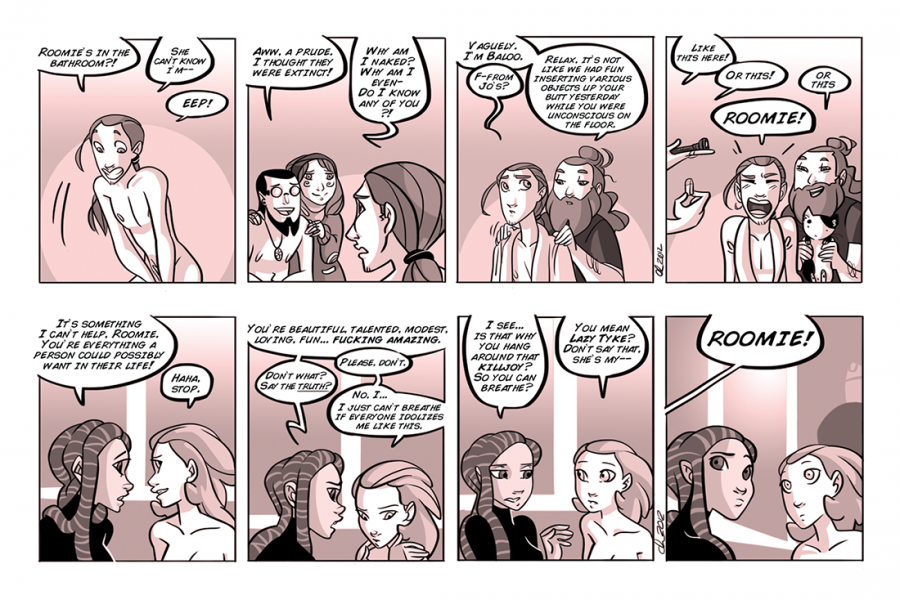 They were kidding btw. Just in case someone was about to comment how you shouldn't insert a cat in an unconscious person's asshole: they know and are having a bit too much fun with the poor guy. But we'll get to that!

And I half agree with Aggie when she says Roomie's modest. I'd say yes and no ;)

And woooow Aggie. That was mean D: I had totally forgotten about that part, when she gets all jealous and calls Lillian a killjoy. I so forgot about it that it never was spoken of again. Which I think is a shame... it would've been nice to have a heart-to-heart moment between Aggie and Lillian (and not just Aggie and Roomie). It would've added a lot, actually.

Oh well! It's part of life, to reflect on the past and know you've changed since then :)