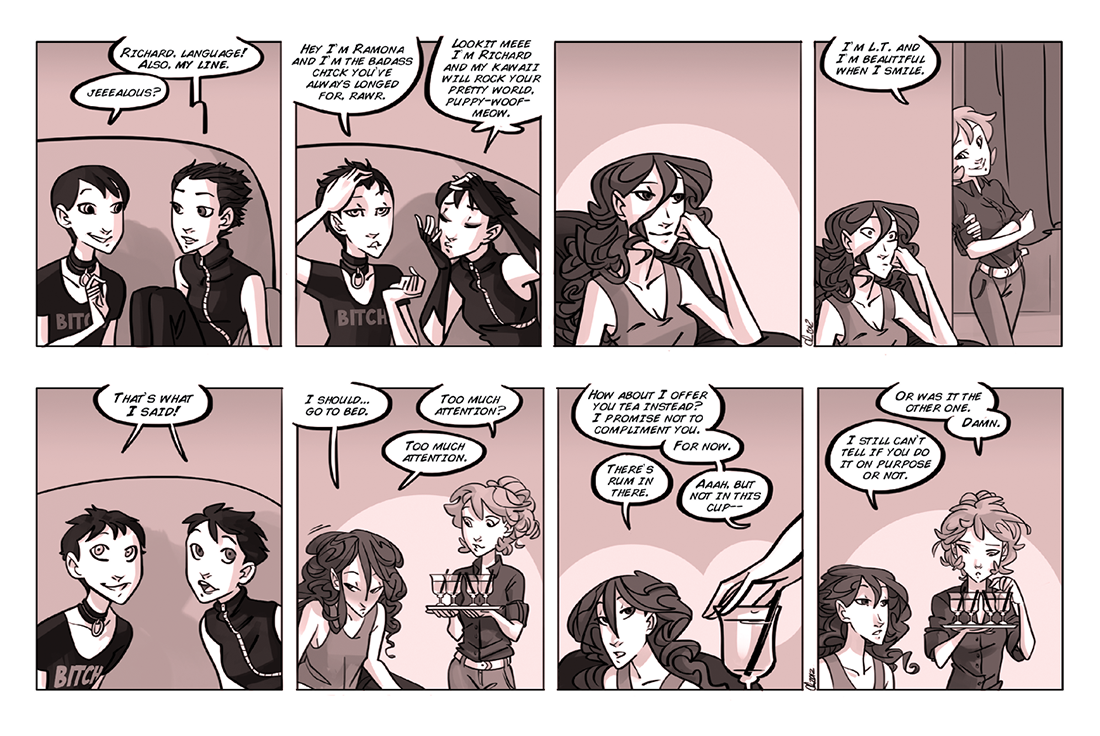 I hope I'll get some of that in the new webcomic I'm writing, Little Tiny Things. Though I'm only at the very start so not much characters introduced yet, but since writing characters is probably my most favorite thing in comic creation, I'm impatient to get to it!

I also want to add some family stories, though there is a bit of that in GGaR, I had put a lot more attention on these bunch of goofs and the relationship between them more than anything else. I even added the parents element to the twins, as seen in this chapter, only because someone must've made the comment that there were no parent figures at all in GGaR.

Jo. Jo is the parent figure. He takes care of all his children and grand-children as best as he can. With axes and beer.