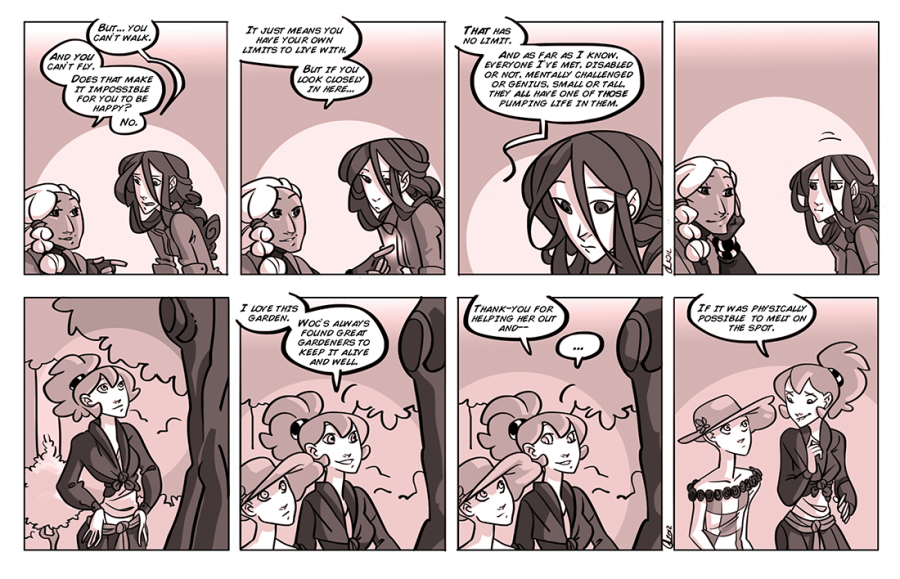 Damn. I don't know where that first strip's dialogue came from, but that's some nicely written positive message there. Bravo, past!chlove.

Second strip, first panel: ouuuch, Roomie's waist looks like it's about to break :D sorryyyy I promise I get better at drawing realistic bodies with healthy bone structures later oooon