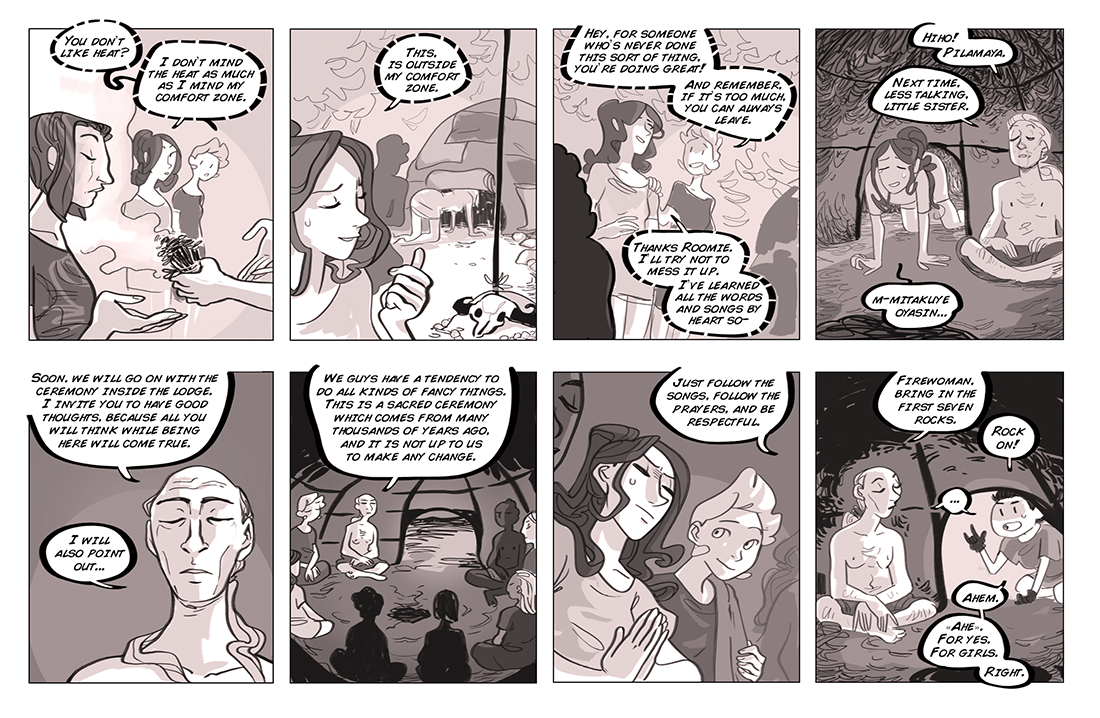 First, these first strips of actually showing the sweat hut ritual were modified from the original ones. I had started at first with what I could *recall* from my own memories of doing sweat huts, but realized after two or three strips that it wasn't enough. Not only is my memory not the best part of me, hah, but if I wanted to do this sweat hut story arc right, and do it justice (that many people demanded, though some others demanded I just stop right there and not do this because I wasn't Native American myself, which I heavily considered and wasn't an easy decision to keep going with the idea).. so what I did was ask none other than the person who I had done the sweat huts with and was part of a Native American tribe for 15-20 years.

It was the first time that I a.) went back and heavily modified a few GGaR strips, and b.) made an actual readable script and thumbnails of the story arc for someone else to read, so they could correct and guide me in the ritual depiction. (and it's really precise too, like these strips above, I had to swap images around because cardinal directions in Native American rituals are very important, at least as far as sweat huts go!)

A note that I had already mentioned in the first run of GGaR is that there are many ways to do sweat huts (there are even Celtic ones), and this one is specifically Lakota based (one of the three prominent subcultures of the Sioux people).