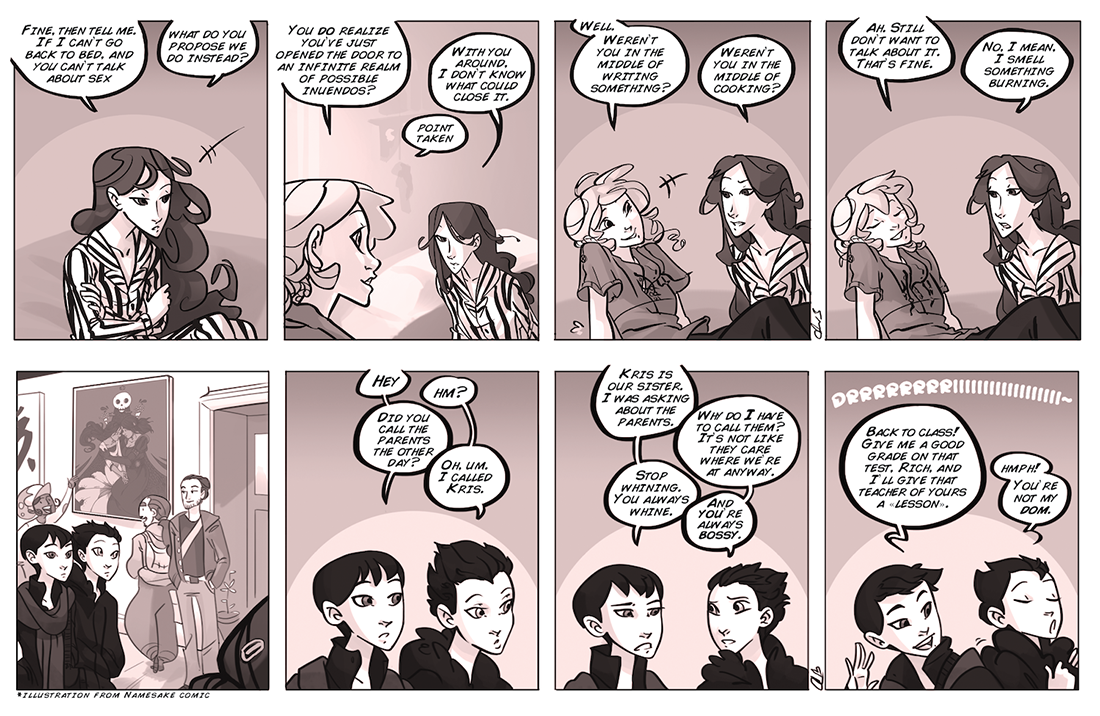 It wasn't clear to every reader that Richard and Ramona had switched places in the second strip. I did try to make it as obvious as I could with their dialogue in the end! And the less obvious hint are in the eyes... OuO

And hello there, Namesake cameo in the first panel of that same strip! I had asked some Hiveworks colleagues of mine if I could use someone's art to use in that first panel, thought it'd be a cool idea. I do like doing these sorts of things, and seeing cameos in other comics. When artists art trade and have fun popping by in other artists' universe. Making it creative.

Makes me think of things I tried in Headless Bliss: one time going on deviantArt and asking everyone if they had a demon looking OC of theirs they wanted to appear in a crowded scene. There were a lot of them :D Or when I asked HB readers if they had a world they had created that my characters could pass through in the story...