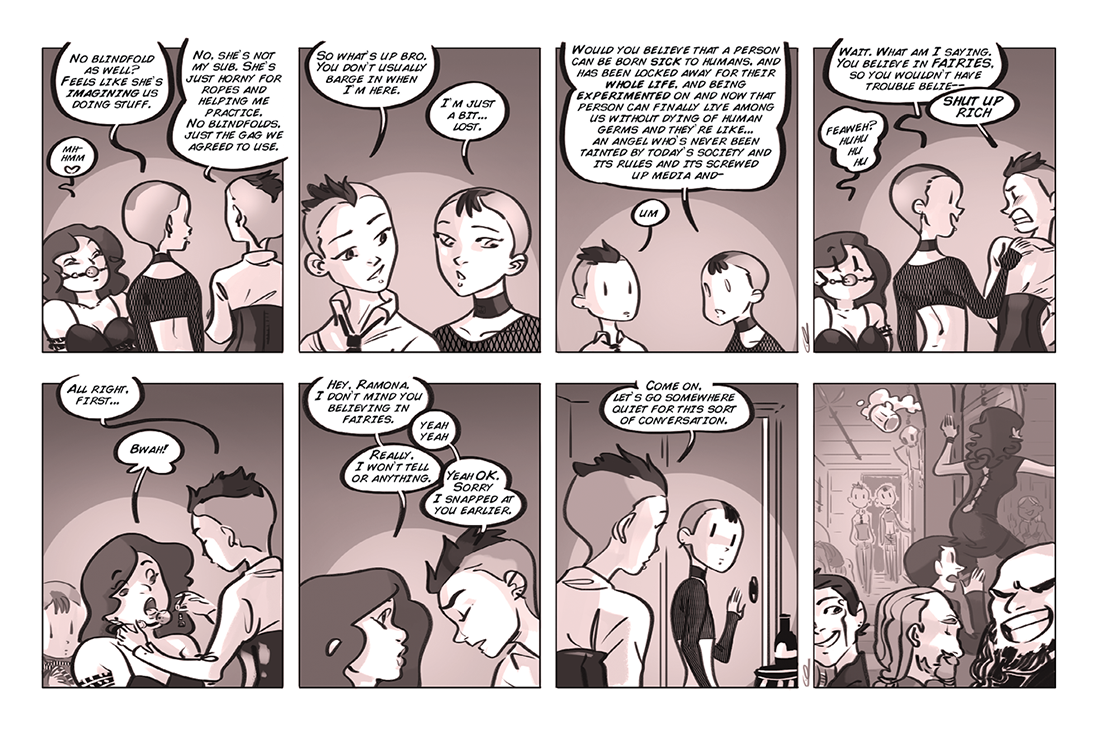 Ramona believing in fairies was such a nice contrast to her trying to put up a hard exterior that I couldn't pass up the idea. I never really delved too deep into it though, and I had a little of an idea of where and when she became opened to that belief, a sort of unexplained event she lived when younger that seemed so mysterious and supernatural that the only explanation that seemed logical enough at the time was an invisible world existing (beyond our human eyes).

But the moment to talk about it in the comic itself never showed up, or at least, I had other priorities, other ideas popping up and just went with another flow.

With a comic updating 3 times a week, I didn't exactly stay too long listing every little thing I could talk about in GGaR... and there could have been a lot more to talk about after GGaR ended too! Could've gone on for years and years, and I'm sure part of me (and a lot of you) would've enjoyed it too! But after +ten years of writing the same comic, I wanted a little change of pace and explore other worlds!