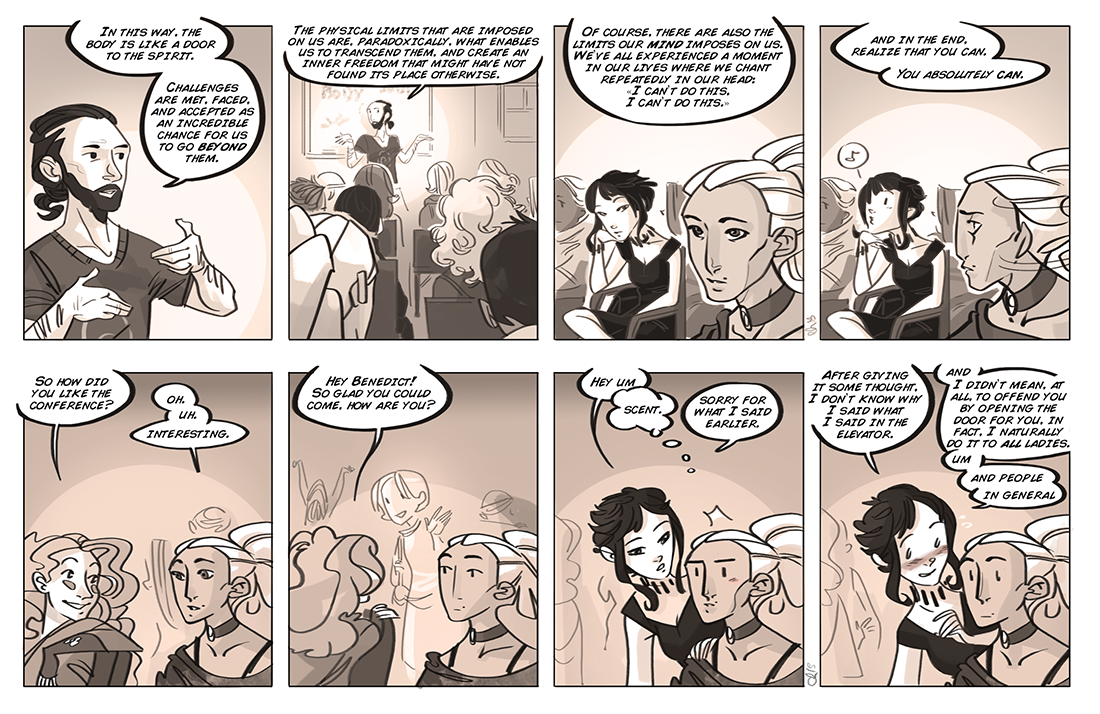 I don't think I've mentioned this before, and it's not as important as it is just a fun fact, but Alice was meant to be of Chinese origins. And she kept a closer link with the spiritual part of her culture than Manisa, who as it was mentioned in the comic (in the future), broke away from her Native American background at one point in her life (amongst other things).

Alice was the one that brought a sensibility towards spirituality, and energies, back in WOC's life.

Ah, I really need to write more of them in the future. I had a lot more in my mind about these two, and how they grew together, that I never laid down in this comic. Hope I get back to them once way or another!

**Added note** Forgot to mention: it might seem weird that a super duper secondary character might be named out of the blues and never mentioned again in this comic, like that woman named "Benedict". You're right, I wouldn't do this usually, and it was a way for me to say goodbye to one of our neighbors back then that died of cancer, she was someone we appreciated a lot and she was incredibly brave in her last months. I thought I could give her a little spot in my comic to honor her.