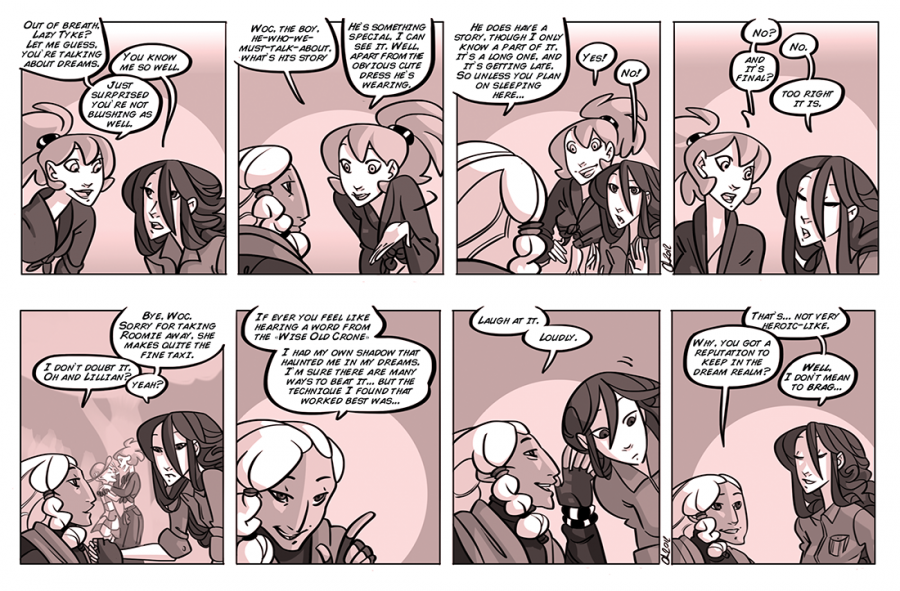 Ah so here's another idea I had at the time that I never gave flesh to, but that had to do with why Lillian replied with a straightforward "no" at WOC's pyjama party invitation:

The idea was that Lillian had had in the past "accidents" when sleeping at others' houses. The kind that a 6 year old child could still be allowed to do at night in bed, but not the kind of accident you'd see very often after a certain age.

Wetting the bed when your past twenty years old isn't something you're supposed to do. You're supposed to naturally learn how to hold it in after a certain point, and those who have a hard time learning, well...

That was an idea for Lillian. For her to be afraid of sleeping somewhere other than her own bed, for fear of a shameful awakening. In her case, I think I wanted to write it so she doesn't wet her own bed (at least not anymore, otherwise she wouldn't let Roomie 'sleep over' either), and feel stressed at the idea of sleeping elsewhere because past experiences would imply she'd still be capable of accidentally urinating in others' beds.

As I mentioned, the idea never was brought up in the comic, but it was something I had in mind for a while.

Until the moment passed and I deemed it too late to make a chapter arc about it.

So the first strip above can be just about Lillian not feeling comfortable enough to sleep at (nice) strangers' places, without needing any other reasoning.