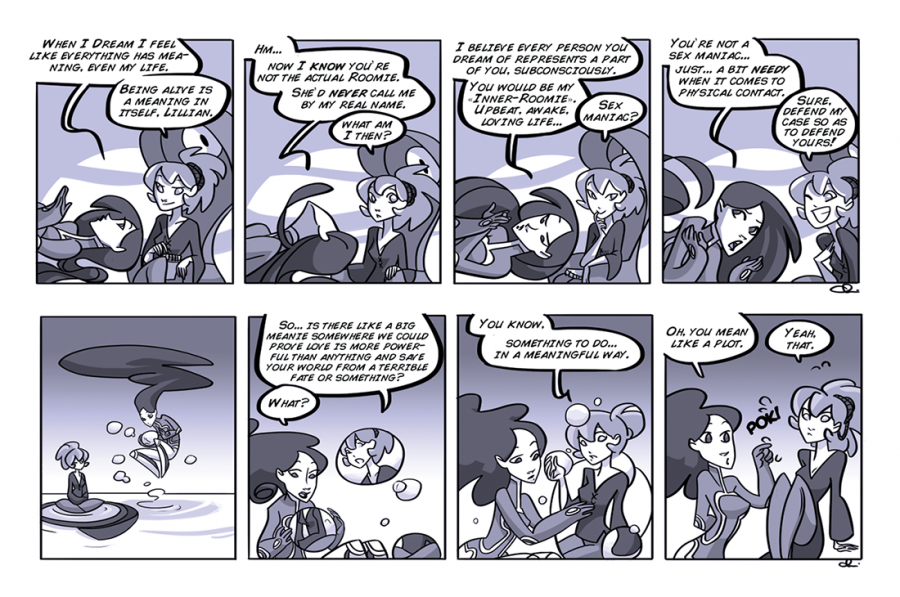 Ah, I just realized why some texts in this rerun were awkwardly placed (see first panel in first strip, the word "meaning" cut off randomly) when the original ones didn't have this problem. It's the font that I'm using that's updating to newer versions automatically when you open the psd files (the photoshop files) and some texts have been thus modified in unwanted ways! Aah, that's such a bummer, since they're the ones that have been printed in the book version, and we didn't notice this at all! Mistakes are made and we learn from them :D

Going back to what Lillian's saying: yes, I absolutely do still think that the people we dream about represent subconscious parts within ourselves. So if you dream about your mother being drunk, and you know you see your mom as someone who's exceptionally sober and aware, you could come up with the interpretation that maybe the aware part of yourself is currently in danger of losing it: losing control, losing consciousness.

It's a totally random example, not at all a dream I had myself back when I drank beer and lost consciousness so regularly it became dangerous for me to continue on this path :D