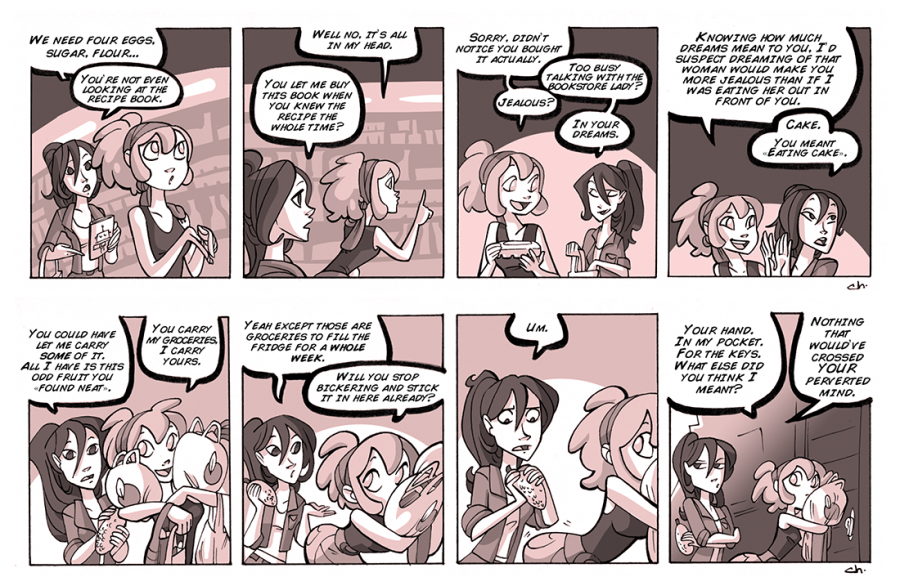 They're getting to know each other d'awww.

And hey, the angle's off but lookit how I put in a background of an actual grocery store in those first panels (go meee yayyy) Could've used more inked lines, especially in the second panel, so it'd look better with Roomie choosing from the products, to have a similar style interacting with each other. (it's hard to write about my drawing style sometimes, as in, I hope it makes sense as to what I'm babbling about :D )

Anyway, the fact of the matter is, it was supposed to make it seem dirty for the whole joke to work. But, thinking about it now... it would've worked better with many other fruits and veggies, huh? Oh well :)

At least it gives a little insight as to what sort of person Roomie is: an odd and neat fruit? Buy it! Taste it! Make my new best friend Lillian carry it around for shits and giggles!