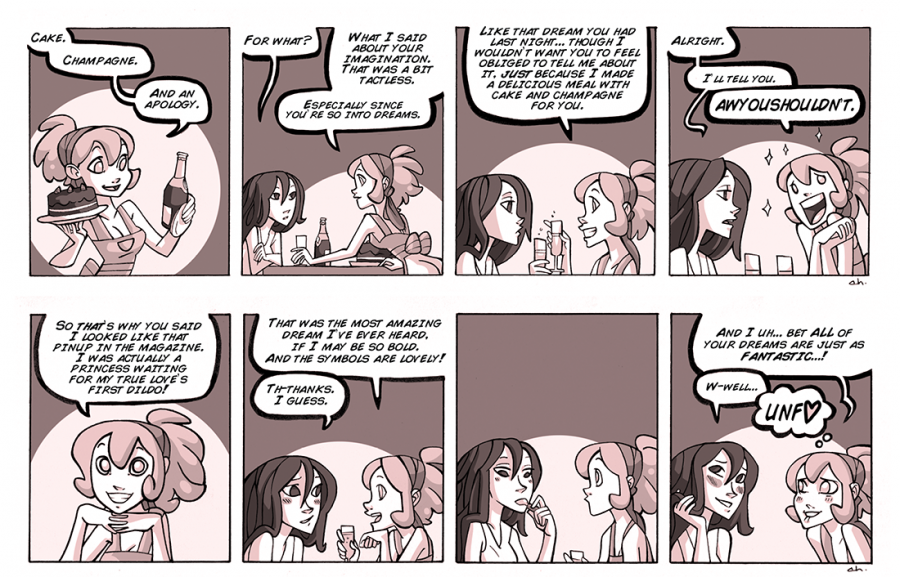 I have to admit, this casual "I got champagne btw, want some?" is probably influenced by the fact that I lived a part of my life in the area of France where "true" champagne's from, and so it was cheaper than anywhere else (probably because there was less costs in import and such). So my family could have a casual, well preserved, champagne bottle laying there at times.

And I'm not even a particular fan of the stuff, I think it's overrated in many occasions and has that fancy feel to it because it was socially made so. But it's not better than other beverage, it all depends on tastes and quality, like any others.

Speaking of words, I had to look up "obliged" to make sure it was actually a real english word and not a mistranslation on my part. It is a word, but I could've used "forced" instead. Let's say Roomie employs the word "obliged" to make the champagne drinking extra fancy!