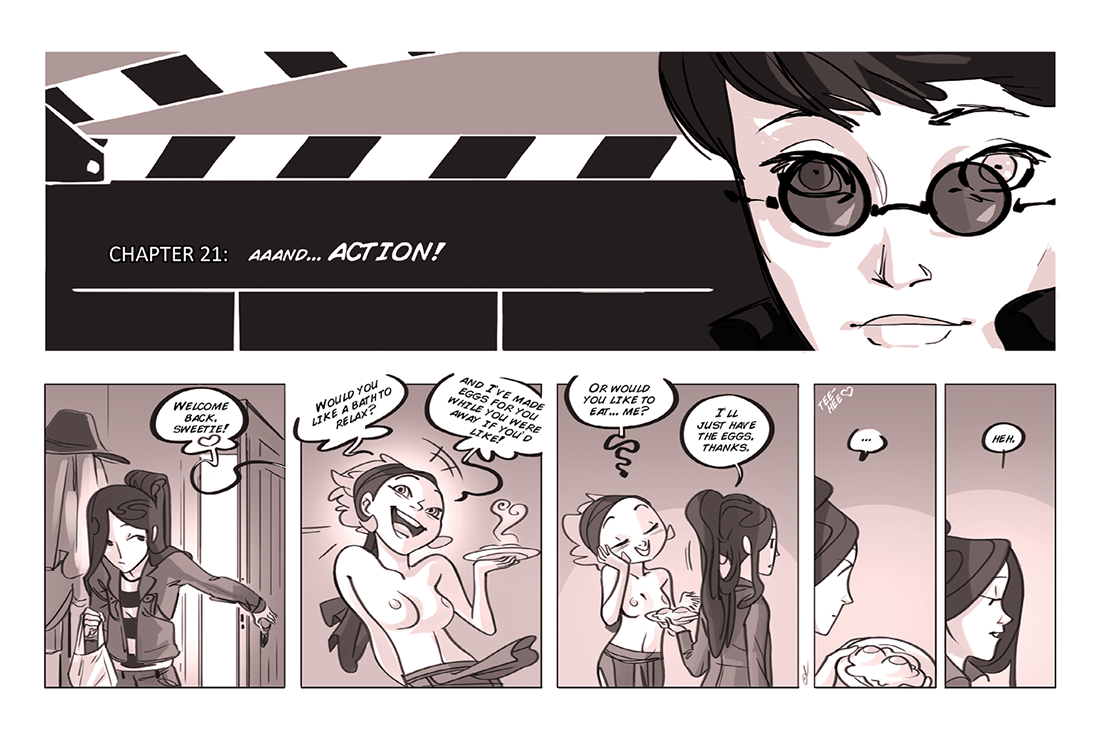 Ah, the arrival of Kris!

I admit I didn't fully know what I was doing and the result was a bit mixed for me.

I'm not too proud of it, I think it was ambitious to do all of it at once, a lot of new things to learn at once, new comic style to experiment with, and I'm sure Slipshine was a little disappointed too (I wouldn't blame them!)

And so what did I do to boost the comic "Les3" a little? Why, invite Kris to the cast of GGaR!

It was for that reason, and because I thought it'd just be a fun addition (that would also bring interesting interactions and certain conflicts) it was for all those reasons that Kris came along in this chapter.

Looking back, I don't regret the choice of this addition to the cast, and I was very aware of the trap of introducing too many characters and I think I did an all right job at it here. But I'm sure it could have been done a little better at times as well. I think if I had given myself a little more time to think about my intentions with this character, both in GGaR and Les3, it could've all been a little simplified and a lighter fun.