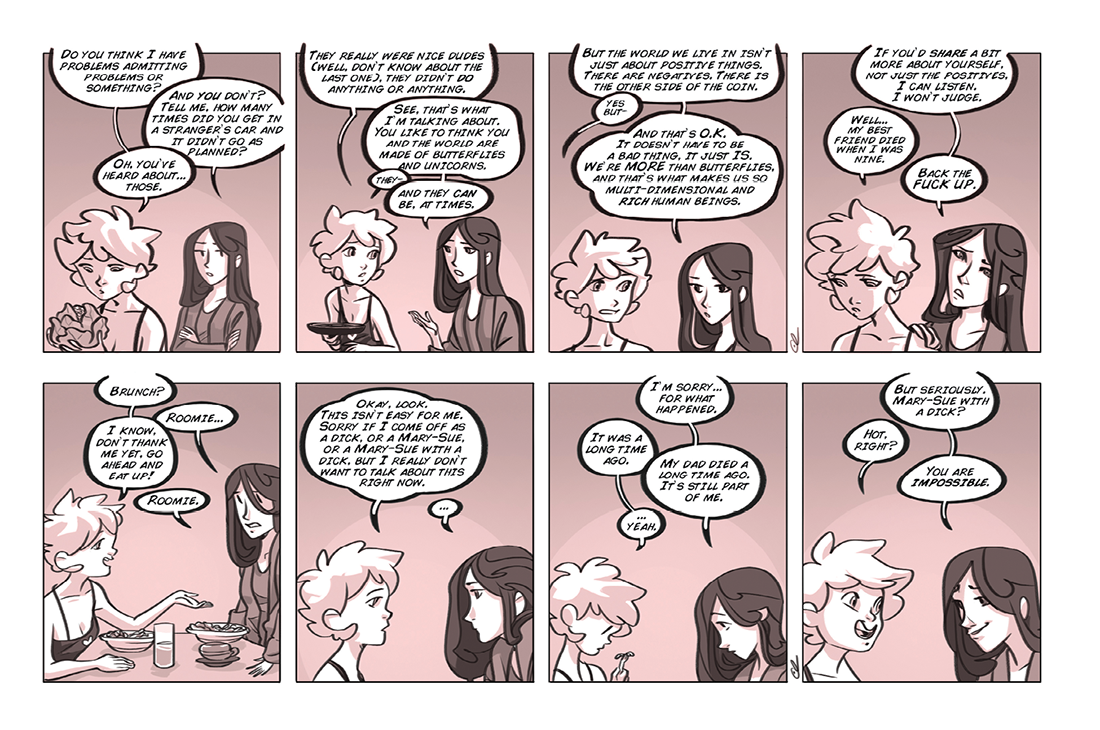 I confess, back then I was still a little unsure about what a "Mary Sue" meant, here on the internet. I saw some readers depict Roomie as a Mary Sue at some points in the comic and so I thought it was a character that was made to be a sort of victim that couldn't be doubted in their "innocence" or genuineness or something like that?? I don't even remember what I thought it meant!

What the trope of a "Mary Sue" actually describes, is a character that appears to have no flaws, a sort of fantasy character from the author without much else going for them. Boringly flawless.

So Roomie calling herself a Mary Sue there confused certain readers, it didn't really have much to do with anything and that's on me :D

Oh and the thing with Roomie going into strangers' cars: I would've approached it differently now, I think it was a little too abrupt, and as we say in the storytelling world, "show don't tell", and here it was just told very quickly without any prior hints. Nor do I pursue this story bit any further. It's just a detail among others. A little bit of a shame, I think :)