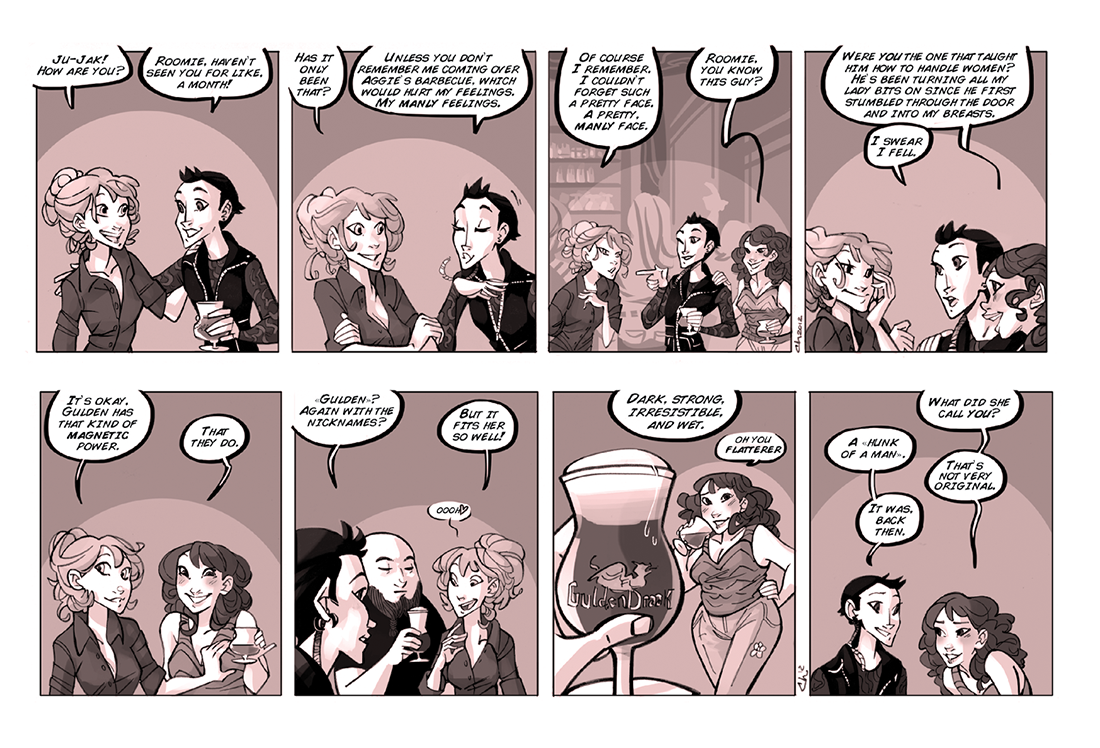 Ah, Jak's "anakin" dreadlock. How many times I had to go back and fix it because it wasn't on the right side. And I bet sometimes I forgot to do so and so you can find Jak's dreadlock changing sides! As Anakin did.

And heyyy, look at past me making sure EVERYONE knows Jak is a transman who's a man a man a manly manly man with manly face, etc. Way to not make a big deal out of it, huh? :D

Last time we saw Jak (in the rerun), when criticizing my past self with how I handled Jak's coming out, and the characters' reactions, I appreciated some comments from some (I believe trans) readers. Saying that, yes, it's awkward, but also, not far from real life at times. People who are not used to having trans friends will probably be awkward and incorrect at first, before learning to interact normally with them.

I still think I could've written these scenes differently, and improving them with what I know and experienced now, without necessarily getting rid of the awkwardness but by amplifying them, and commit to them (if we're still talking about cis people not being used to this) and have other characters with more experience in the matter have their own appropriate response to that (depending on their own personality).

That way it's still realistic in its awkwardness, and can be comical scene, but also more knowledgeable, and can be educational scene as well.

Which isn't to say that I'm The Knowledge Itself when it comes to writing trans characters now, but I know I've grown quite a bit since then, at the very least. And I'm ready to always learn and experience more!