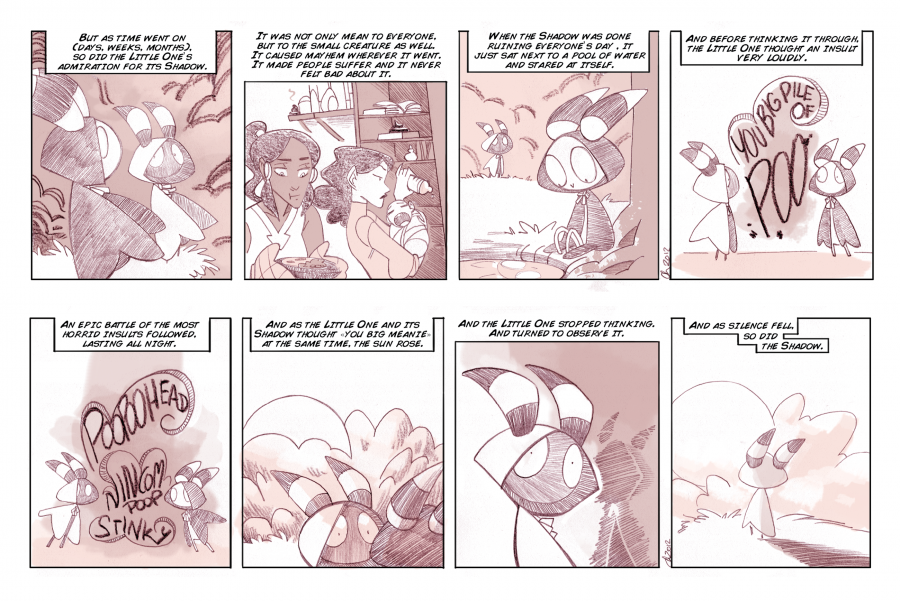 "But as time went on, so did the Little One's admiration for its Shadow"

Hmm, is it just me or is that not working the way I intended it to work? xD Time just goes on so... one would assume that the admiration would just go on as well?

Which is probably not what was meant to say. I should've written something like...

"But as time passed away, so did the LO's admiration" or something.

Oh and the fact that there's a subtle (not so subtle) Korra and Asami cameo in that second panel there is quite brilliant, as I'm currently re-watching Korra with my partner! We've only just started the series so Asami hasn't shown her face yet. And I know there's gonna be quite a few episodes to trudge through before reaching a.. satisfactory component in the storyline.

I like this Little One story. The ending might mean that silent observation is more efficient than poopy insults, if a Shadow is to be dealt with. It might mean other things to other people as well, and that's what make these kinds of stories worth the tale.