Just the one strip, as this is the end of chapter 9!

And hey, panel one? That's a good damselfly. I'm proud of myself for that. And the branch in the foreground being much darker than the rest of the panel is a good use of color contrast as well. (though I could've made Roomie's clothes a little lighter for this panel just to make it that much more efficient)

This little strip works well, it's a nice silence, with different angles and foregrounds, it's nice to see! I think it works especially well because the rest of the comic is usually filled with dialogue, so this change of pace is refreshing to see.

Though if I can just be a little critical, the way I've drawn Lillian holding on to Roomie doesn't feel right. It doesn't look like she's holding on to anything, you know what I mean? It's the difficulty of making two bodies interact with each other once more. And if I had looked up some reference for it, I'm positive the result would be a little more credible, a little better!

Here's how I'd draw it now: 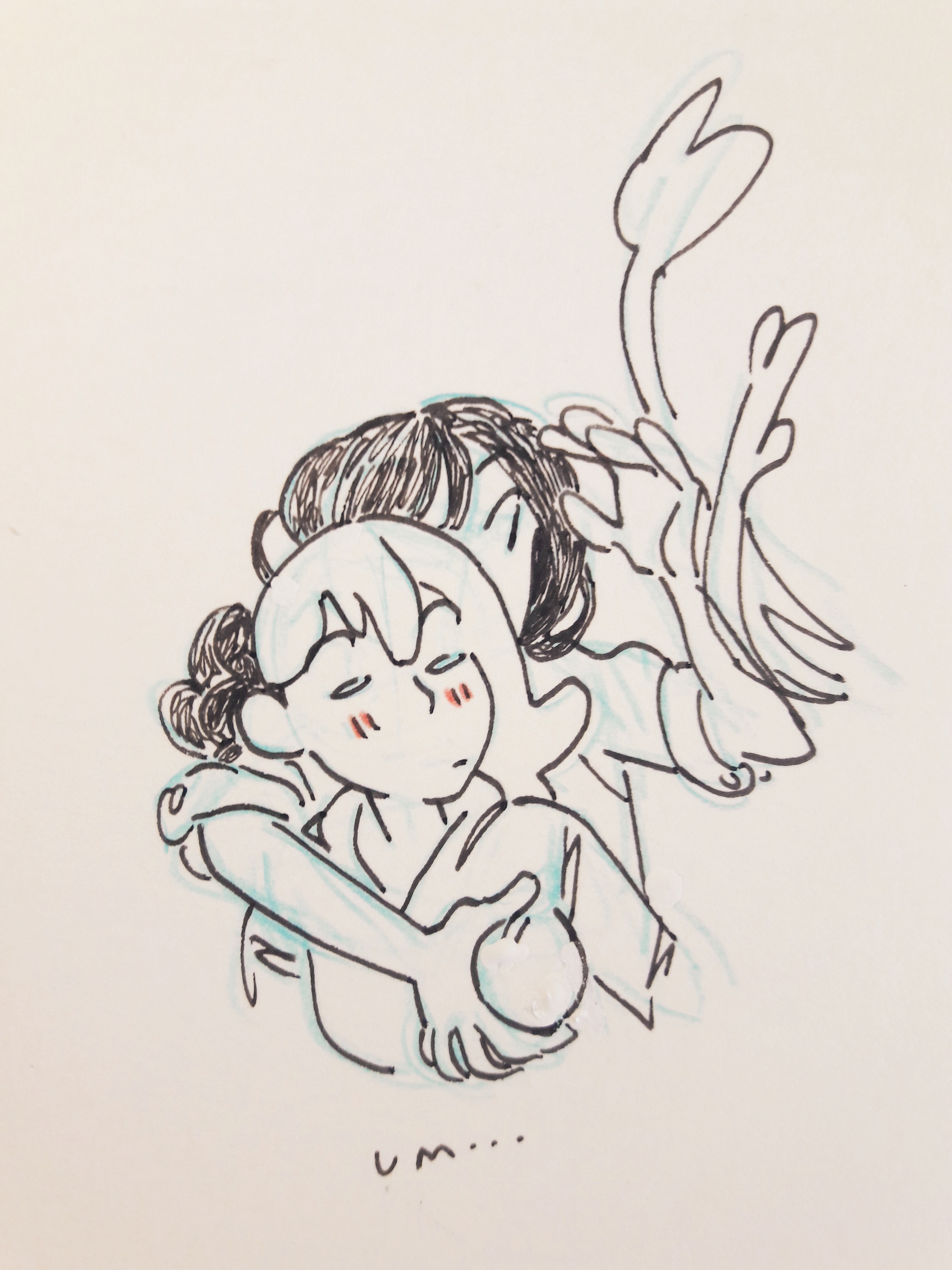