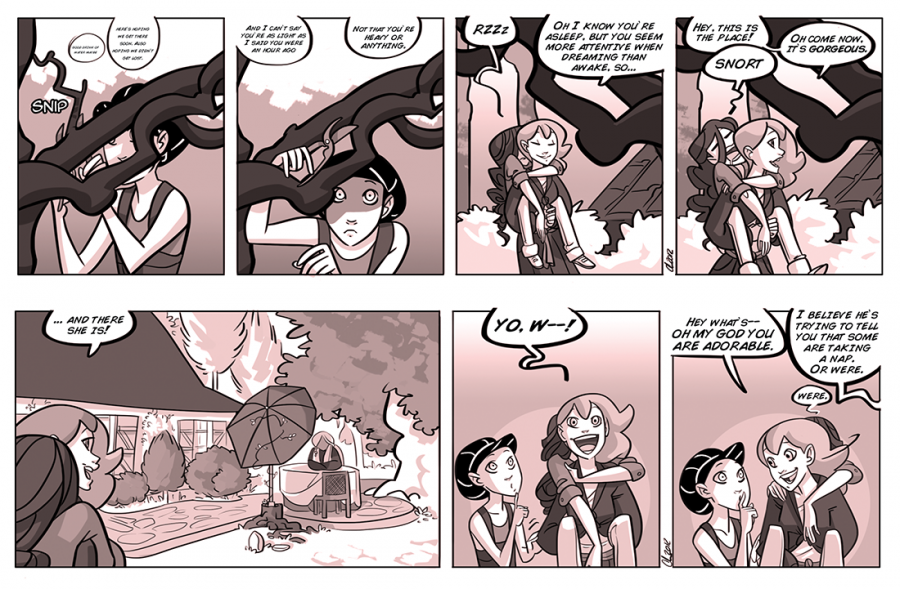 Welcome to chapter 10 of the GGaR Rerun! WONDER WHO THAT MYSTERIOUS PERSON IS HUH.

Ah, Watch... I'll probably have some things to say about that character later on. But for now I'd just like to mention how I apparently had put some thought in Woc's garden design back then and... very quickly forgot about it in the next chapters. Because I'm pretty sure we never see that little elevated concrete path ever again in the comic. Nor the... parasol inserted into a tree stump..? Damn, that was a good idea though.

That's something I'm also trying to improve on, and be more careful of, in my next webcomics. The consistency of house and environment designs. Not something I was particularly fond of back then!

But it's obvious I had put some effort into making a nice little garden scene for Woc's intro, with vegetation and a little thought put into how Woc could move about easily with her wheelchair.