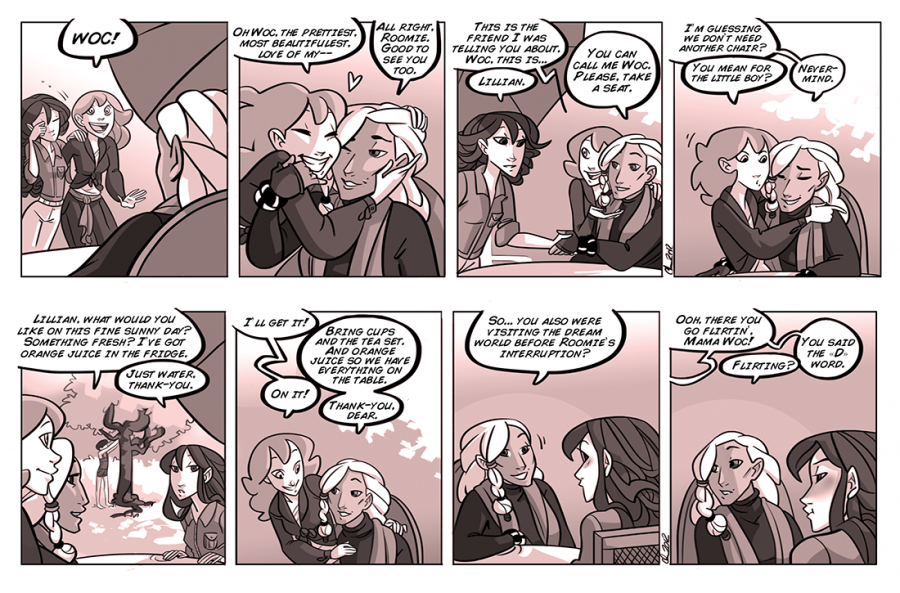 Wow, did Roomie get Lillian to blush that hard yet? I don't think so. Woc's a natural ;)

And damn, was WOC younger then. You know it's funny, now that I think about it, maybe when writing GGaR at the time I thought that 40+ year old was so far off, and I (unconsciously or not) designed WOC to represent more of that age. But then as I grew older, well, 40+ year old seems less and less of a far off time period :) so perhaps that's why this "elder" and wiser character appeared more and more of an actual elder person as GGaR went, and less like a young and kicking 40 something.

Well, that and the fact that I wanted a believable, potential, relationship between her and Roomie, so that Lillian (or the readers) couldn't tell if WOC was just another lover of Roomie's or not, as later strips allude to.