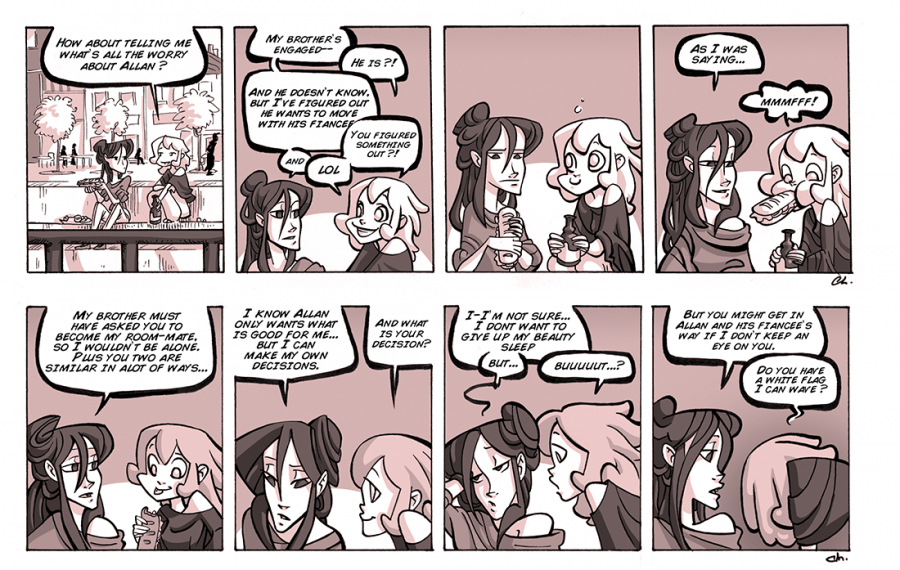 Oh I remember something about this: the third panel in the first strip, I added a little nose to Roomie only years later (probably when printing out the very first GGaR book), because too many people were confused at what was going on in her face. They thought the mouth was her nose and couldn't figure out why it suddenly bloated that way.

I had also drawn this strip right before a 1st April, so as an April Fool's joke, I took the last panel of that first strip and wrote something like "that's when Roomie realized... she liked dick!"

Oh and in my headcanon, I'd say Lillian's last sentence was intentionally trying to find any sort of excuse to avoid saying something like "I'm oddly not against having you around" or something of the same vibe.

Yes, I have headcanons about GGaR and they don't have to be canon or are they by definition canon because they're my headcanon? :D

Also, is that a background I see there in the background? Impressive, lil' chlove, impressive.