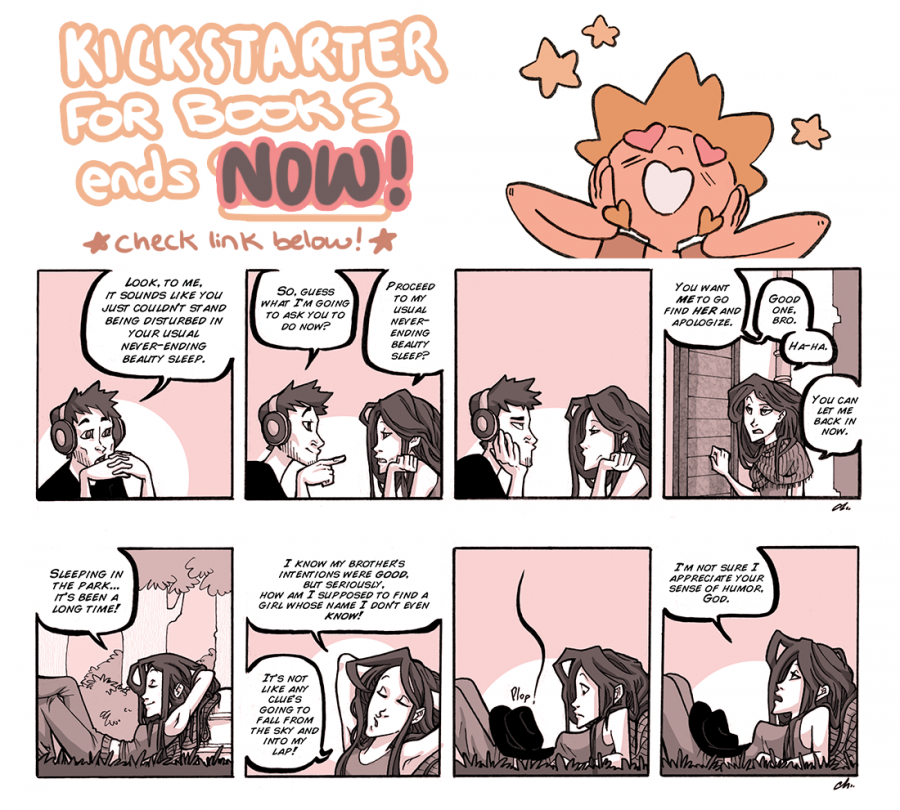 I personally quite enjoy (most of) God's humor myself :)
Though does it mean I like my own humor because I created that scene myself? WELL I WOULD NEVER--yes, yes I do like (most of) my humor ::) (<- four eyed smiley?)

At this point of the comic, it was clear as a swiped baby butt that Lillian would stick as a main character. She had a lot to give, personality-wise, especially since most of the other characters had more of an opposite vibe! It made her deadpanned replies and look-at-all-the-fucks-I-give all the more efficient. And the more she interacted with Roomie, the more it became obvious how much these two could learn from each other.

The spontaneous comic writing of GGaR worked very well (most of the time). Usually, and especially in early chapters, I would write them one strip ahead before drawing it. Meaning that I had no idea what would happen next! The strip would be uploaded on a thing called the internet and only then would I ask myself where would it go next.

Writing a new comic from scratch this year is fascinating when comparing it to the other two webcomics (GGaR and Headless Bliss) that have been structuring my working habits. I now ask myself which would be better for this new comic: a more prepared script like Headless Bliss tries to go for, or a more spontaneous one like GGaR did? The answer is a little of the two :)