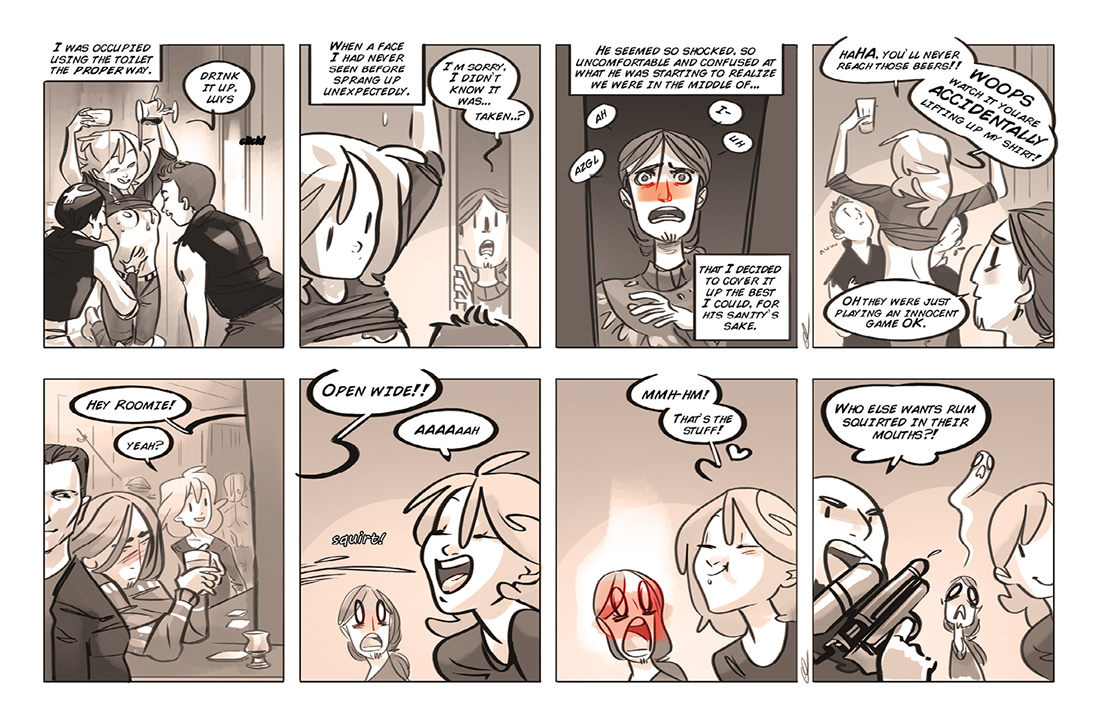 Matt's introduction to Jo's bar was not gentle.

I really do have a lot of empathy for this character. He started out as a quick character introduced to basically just introduce Roomie and show how alien she appeared compared to certain norms (and certain people that thought those norms normal).

I fully admit to having used Matt as a joke, though with a lot of tenderness, since he was the one that stuck to those heteronormative norms the most in GGaR. But as the story went, and as I myself changed through the years, and how I just naturally tend to love each and every character I create the more time passes by (as horrible as they are, cue in Asile and Lady Diov in Headless Bliss, for example), as the story went I just found more uses to Matt's character.

And his uses weren't to make him a horrible guy, as much as some readers may read him as such. I wanted him to live certain experiences that a lot of people in this world might live, and not make him a devil out of it. I wanted him, just like the rest of the GGaR cast!, to learn and grow, and grow more conscious of things he might have done in the past that might make him go "never again", or, "I want to be better than that". And make it happen!