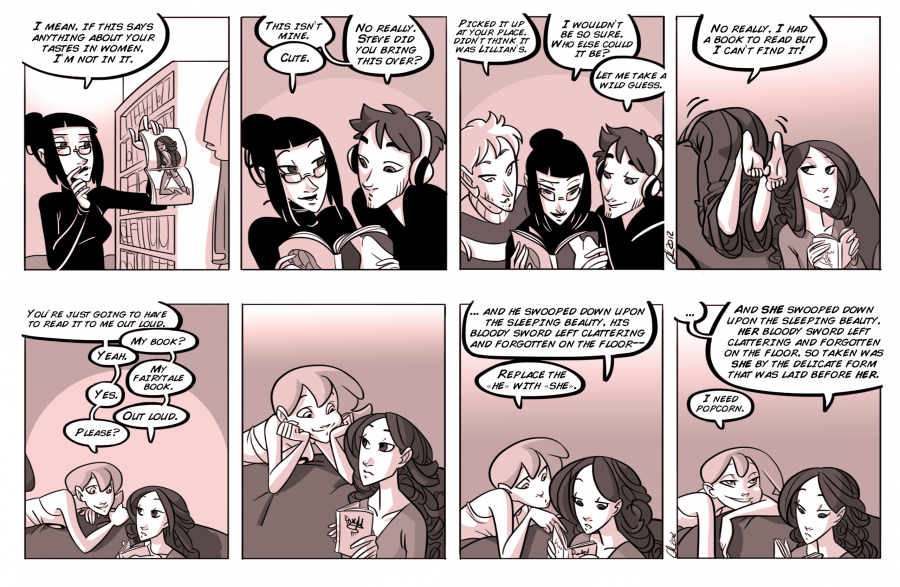 *sigh* The ease and joy that was in writing Roomie and Lillian scenes. It's a pretty nostalgic feeling, not gonna lie!

I love it when there's a succession of dialogue bubbles one after the other, like that first panel in the second strip, small quick words so it's nice and rhythmic, and then the silence after that. The contrast between the two makes it all just... work.

And honestly, I don't project myself in my comics often, but having Lillian read a lesbian version of fairytales to me out loud while I'm in a nice and comfy couch sounds great, and I'd probably have a similar face as Roomie in that last panel!