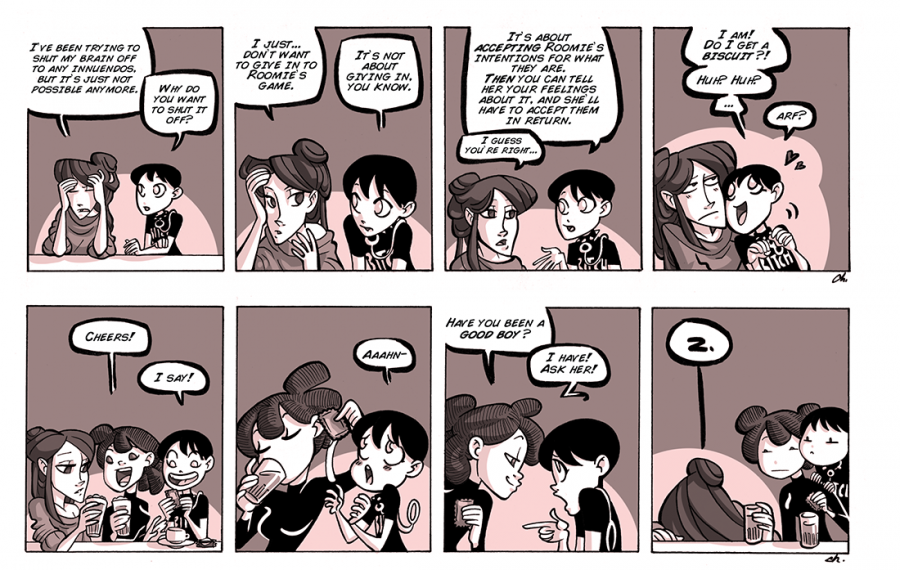 You know, Richard's logic in the first strip is really something I strive for, and something I think so many of us could use more of in our lives. Accepting reality for what it is, which isn't giving in to anything, on the contrary, to then being able to have an honest response to that reality (like wanting change!) Or, in this case, an honest response to someone's intentions. If one runs away from it continuously, or avoids the subject, then you can't be mad that the person doesn't change anything. Or at least in this context :) though to be fair, Lillian *has* already made *some* things more or less clear with Roomie, which the latter hasn't really taken into account as much as she should have. Roomie's definitely not as innocent as she thinks she is!

All that to say is: Richard really was being a good boy :)

Oh and I just remembered that the biscuit in the second strip, that was meant to be a biscuit, was a mystery to some readers. Some thought it was a condom pack, which, knowing Richard, doesn't really make a difference in this situation :D