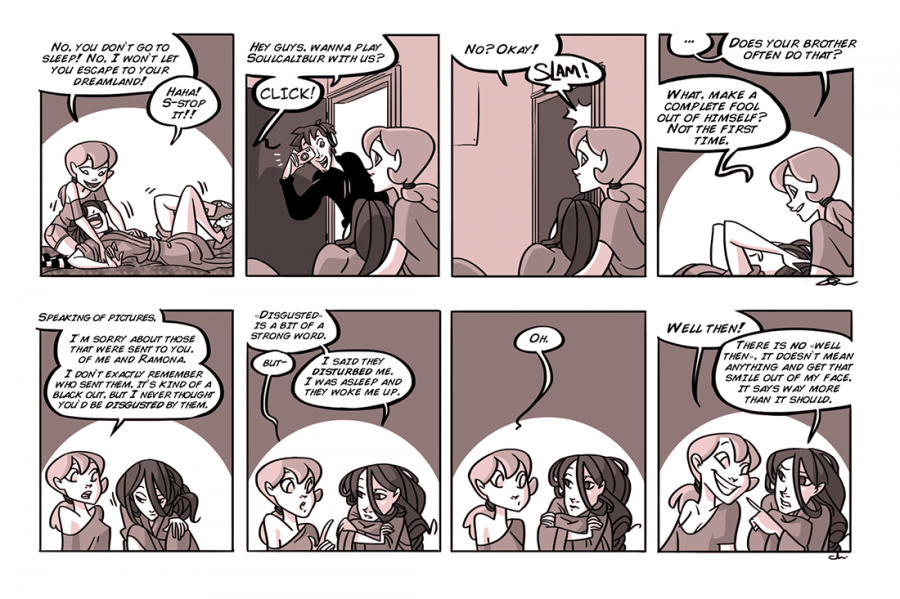 Good job, Lillian! As much as Roomie's a sweet gal, there are boundaries to insist on and repeat for her to quiet her "enthusiasm". Roomie will be a better person after learning a few lessons here and there.

And Allan is and always was the ultimate Roomillian shipper, huh? It was only after the comic was finished and starting this rerun that I thought it a bit odd that Allan would be so much into getting his sister with a cute (girl) stranger, but whaddya gonna do. Though one of the reasons was that he knew he was going to leave his sister for his fiancée's place, and he doesn't want to see her alone.

But it's true that looking back at Allan's character, he did have his flaws and it's a shame we didn't see more of his character developing. Eve had her moments, but there could have been a lot of potential in peeking into Allan's own doubts and fears (though we did see a bit of that later on).

When writing him, he was very much one of those GGaR cast members that seemed in an already pretty good place, happy go lucky kinda vibe, open-minded and queering away. But it's different seeing him now. So many things could've been tackled through that guy.