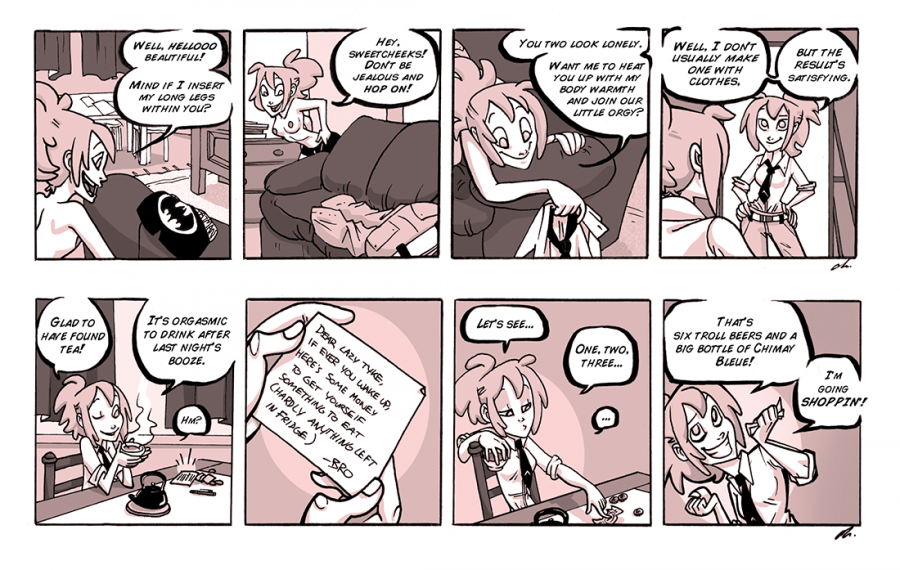 I remember being quite proud of that first strip's humor and punchline. On one hand Roomie's dislike for clothes, and general lack thereof, was pretty much established, and yet she still could make it sound dirty when dressing up. Proud of you, Rooms.

Also, clothes don't stick to girls' skin like that ;) don't you believe these types of visual representations!

The second strip was my first time really trying to lead the reader into thinking Roomie was someone she wasn't: someone who could steal money from strangers without any second thoughts. I would then reveal that it wasn't exactly the case in later strips, although you be the judge of the morality of her action.
But yeah, first time "lying" to my readers as a story-teller ;) (and as Neil Gaiman says, story-telling is all about lying... while telling the truth :))